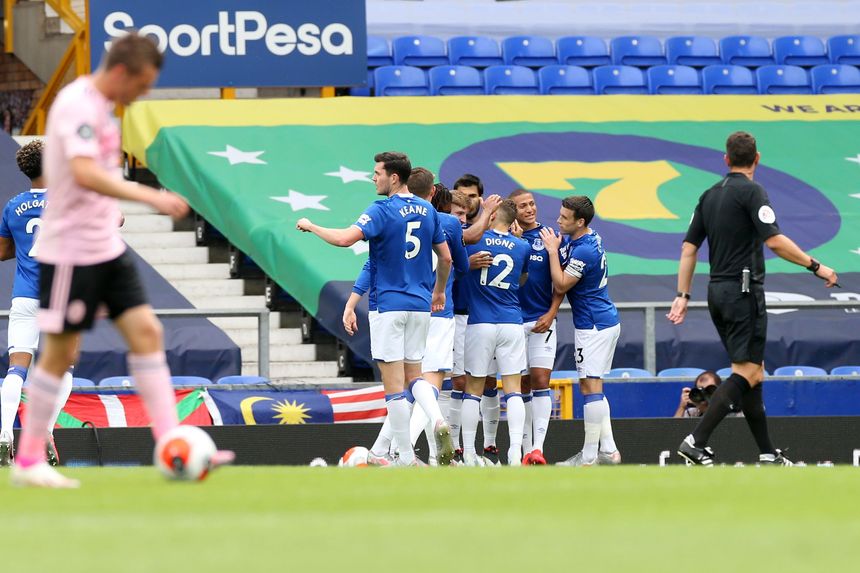 Everton made it back-to-back victories with a 2-1 win over Leicester City at Goodison Park.

Richarlison gave the hosts a 10th-minute lead when he met Anthony Gordon’s cross from the left.

Everton then doubled their lead just three minutes later with a penalty following Wilfred Ndidi's handball, which was spotted by VAR.

Gylfi Sigurdsson converted from the spot, scoring his second league goal of the season.

Leicester brought on Kelechi Iheanacho as part of a half-time double-substitution, and his introduction led to a goal when he deflected Mason Holgate's attempted clearance past Jordan Pickford.

Iheanacho was then denied an equaliser by Pickford, who led a resilient Everton defence to see out the win.

The Toffees move up to 11th with 44 points, level with Sheffield United.

Leicester, without a win in three matches, remain third.