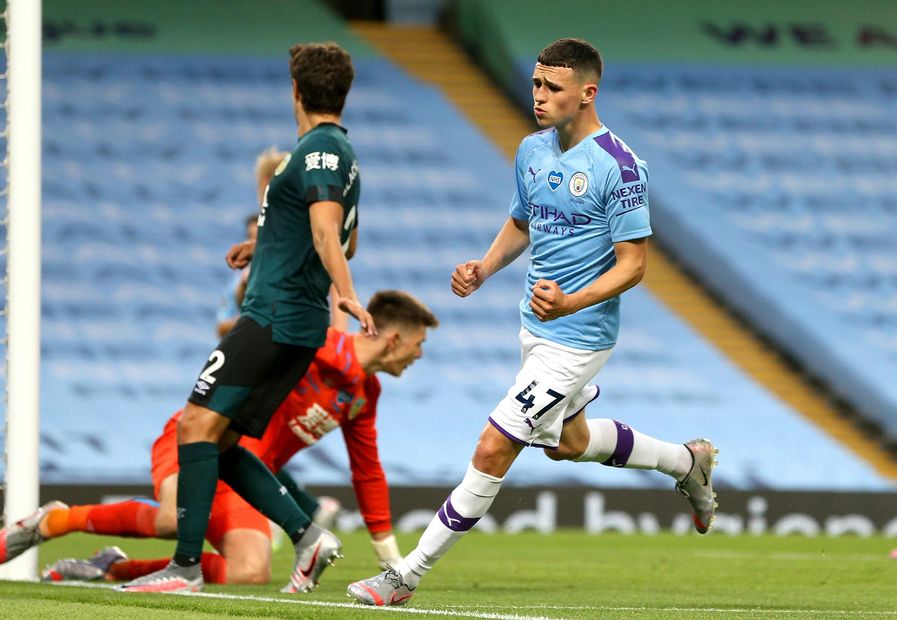 Riyad Mahrez and Phil Foden netted two goals each and David Silva the other as Manchester City strengthened their grip on second spot with a 5-0 win against Burnley at the Etihad Stadium.

Foden fired Man City ahead on 22 minutes with a shot from the edge of the penalty area.

Mahrez made the score 2-0 with a clinical angled finish before adding his second from the penalty spot in first-half stoppage time after Ben Mee was adjudged to have fouled Sergio Aguero.

It was 4-0 on 51 minutes when Foden's reverse pass played in Bernardo Silva, who crossed for David Silva to fire home from close range.

And Foden was perfectly placed to take advantage of Gabriel Jesus's scuffed shot, as the ball fell kindly to the midfielder who slotted past Nick Pope for goal number five.

The win puts Man City on 63 points, nine ahead of third-placed Leicester. Burnley are 11th on 39 points.