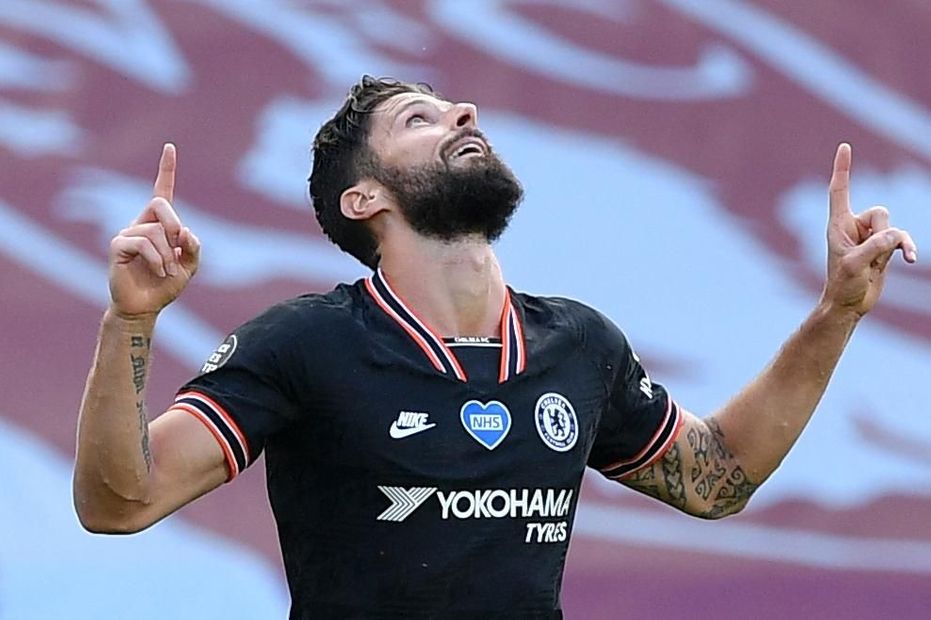 Lampard hails ‘great character’ after victory over Villa External Link
'Loftus-Cheek could be a great addition for Chelsea'
The Premier League is back! Best photos of its return

By scoring against Aston Villa, Chelsea forward Olivier Giroud continued a scoring run which stretches all the way back to August 2013.

For more on this and all the must-know facts from Matchweek 30, read below. To see the key data from the matches, click on the fixtures.

Sheffield United are the first side to stop Aston Villa from scoring at home in the Premier League since West Ham United in September 2019, ending their run of finding the net in 10 consecutive league fixtures at Villa Park.

Manchester City's Kevin De Bruyne has been directly involved in more Premier League goals than any other player this season with nine goals and 16 assists. It is also his best goal-involvement tally in a single top-flight campaign in England.

Danny Ings is the first Southampton player to score more than 15 Premier League goals in a season since James Beattie produced 23 in 2002/03.

Since his debut in February Bruno Fernandes has been directly involved in six Premier League goals, three goals and three assists, which is two more than any other player during that period.

This was only the second 1-1 draw in the Premier League in which both goals have come in the 90th minute or later, after Arsenal v Liverpool in April 2011.

At 94 minutes and 26 seconds, Neal Maupay's winner is the latest Premier League goal Brighton & Hove Albion have ever scored. It is also the latest winning effort against Arsenal in the competition since exact goal-time data became available in 2006/07.

No Premier League player has scored more goals in all competitions this season than Wolverhampton Wanderers striker Raul Jimenez, who has returned 23, level with Man City's Sergio Aguero.

Of Luka Milivojevic's 27 Premier League goals for Crystal Palace, 24 have come from either a penalty (21) or direct free-kick (three).

Matt Ritchie both scored and assisted in a Premier League match for the first time.

Giroud has scored in each of his last seven matches against Aston Villa in all competitions, recording nine goals, eight for Arsenal and one for Chelsea.

Seven of the last eight Premier League Merseyside derbies at Goodison Park have ended level. Everton v Liverpool has finished goalless on 11 occasions in the Premier League, the most of any fixture.

​​​​​Since the start of the 2010/11 season, Manchester City's David Silva has been directly involved in 148 Premier League goals (58 scored, 90 assisted). It is the joint-fourth-highest tally in that period and the most of any midfielder.