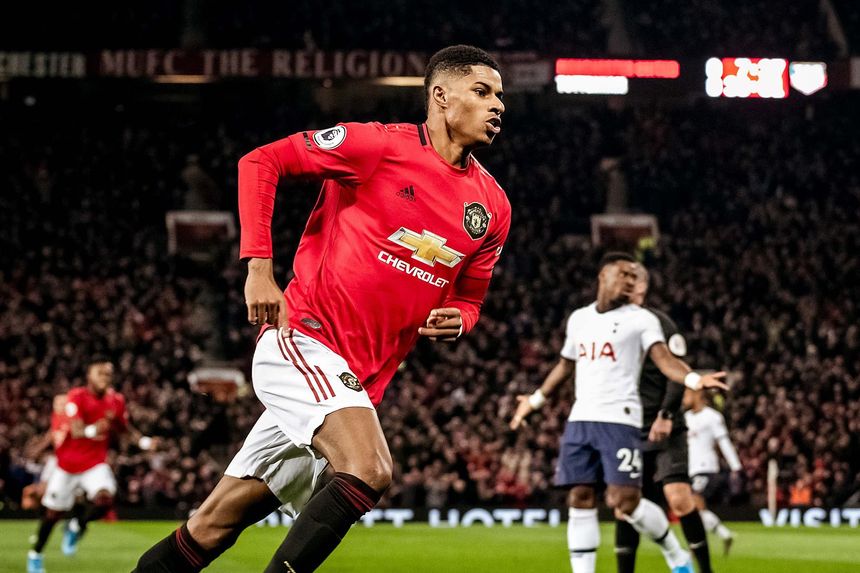 Manchester United manager Ole Gunnar Solskjaer will be thrilled to welcome back his most important player ahead of Friday's match against Tottenham Hotspur.

A back injury in January appeared to have curtailed the 22-year-old's campaign, but he is now ready to help the club's push for a top-four place.

With 14 Premier League strikes so far, including five from the penalty spot, Rashford should be targeting the 20-goal mark this season.

Rashford's pace and ability to play anywhere across the front line make him perfect for United's counter-attacking style.

He always looks to sprint in behind full-backs from the left wing and he also rotates positions intelligently with central striker Anthony Martial. He is thriving in the United set-up.

This season, Rashford has been far more clinical than he has in the past.

For the first time in his career, he is scoring at a rate comparable with the competition's leading strikers.

Rashford is yet to feature in the same side as Bruno Fernandes, so it will be fascinating to watch that relationship develop.

The Portuguese playmaker has the vision and talent to deliver defence-splitting passes for Rashford to run on to between full-backs and centre-backs.

Paul Pogba will also try to release Rashford on turnovers and counters, so the Frenchman's return from injury is another boost to Man Utd and their star striker.

But Rashford's best combination this season has actually been with winger Daniel James, especially when the Welshman has raced upfield on breakaways.

While Rashford may be enjoying his most productive season in a United shirt, he is unfortunate not to have scored even more than he already has.

He has hit the woodwork six times this campaign, more often than any other Premier League player, and has also won several penalties.

Man Utd have been a better attacking force this season, and Rashford himself has progressed in the way he gets into goalscoring positions.

For a player operating mainly on the left side, his shot count is highly impressive.

In fact, the only players to fire off more efforts on goal per 90 minutes in the Premier League are Manchester City pair Sergio Aguero and Gabriel Jesus.

Rashford is having the season of his life.

If he picks off where he left off, fifth-placed United, who sit just three points behind Chelsea, will have a great chance of making the top four.