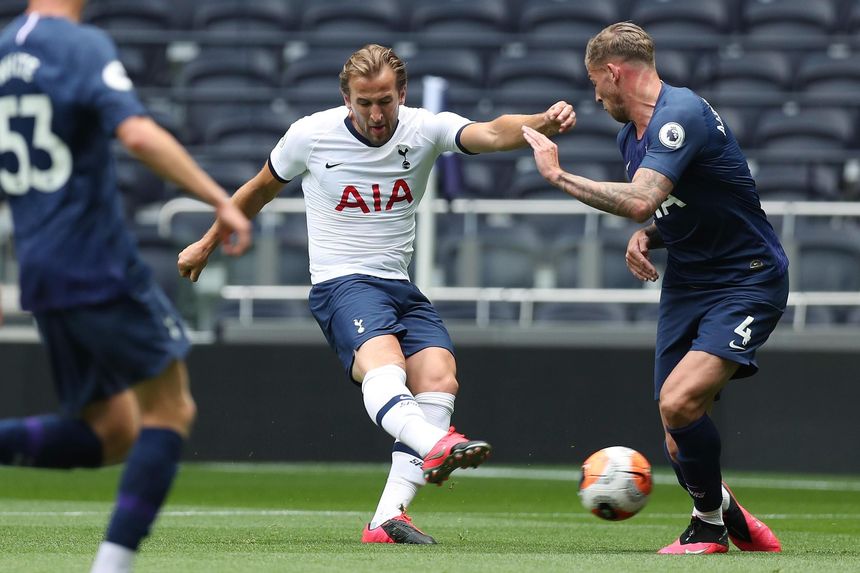 With ground to make up in Tottenham Hotspur's quest for a top-four finish, the timing of Harry Kane's return could not be better.

The striker is fit and available for selection after recovering from a torn hamstring sustained at Southampton on New Year's Day.

Spurs have sorely missed their talismanic forward, who has scored 11 goals in his 20 top-flight appearances this season.

In Kane's absence, Jose Mourinho's men won only three of their nine matches, slipping to eighth in the table, seven points adrift of fourth-placed Chelsea.

The team's rate of goals suffered, too. In their opening 20 fixtures, Spurs averaged 1.75 goals per match, but without Kane this fell to 1.33.

The 26-year-old has adapted his role and now drops into deeper positions, having previously played more on the shoulder of the last defender.

This is reflected by his steady reduction of touches in the final third, down from 61 per cent in 2017/18 to 51 per cent last season.

Since Mourinho took charge in November, that figure is even more pronounced, with 38 per cent of Kane's touches coming in advanced areas.

From a tactical perspective, it is a change in style that can benefit the team.

Kane is a very accomplished link player and because of his status he can act as a terrific decoy, too.

When he drops short for the ball and drags a central defender with him, this allows Son Heung-min and Lucas Moura to make runs beyond him.

This pattern works wonderfully well for Liverpool, of course, who play Roberto Firmino between the pacy Mohamed Salah and Sadio Mane.

He has recorded only 2.83 shots per 90 minutes this term. This ranks him behind Son, who has averaged 3.29 shots, for the very first time.

Kane's decreased shot count across the last three campaigns is significant and points towards a change in the way he is used.

Indeed, Kane's supply line has also dipped after the departures of both Christian Eriksen and Kieran Trippier.

Since the start of 2017/18, both Eriksen and Trippier produced seven assists for him, a total equalled only by Son.

Kane is not receiving enough quality opportunities from either his full-backs or attacking midfielders on a consistent basis.

Any possible success between now and the end of this campaign could rest on how Kane gels with Giovani Lo Celso and Steven Bergwijn.

Kane is yet to play alongside Bergwijn and has started only two Premier League matches next to Lo Celso, whose influence was growing before the season was paused.

Lo Celso was averaging 1.76 chances created per 90 minutes and Bergwijn 1.51 as the duo emerged as fresh creators for the team.

If Kane strikes up a healthy chemistry with one, or both, it could propel Spurs into the UEFA Champions League places.