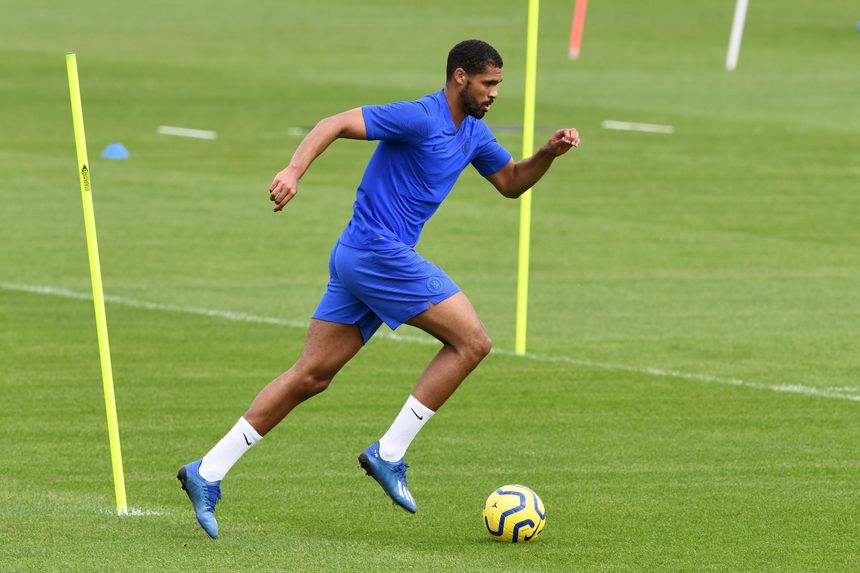 Chelsea’s hopes of finishing in the top four will be boosted by the return of midfielder Ruben Loftus-Cheek.

The England international has not featured this season after suffering a ruptured Achilles tendon last May.

Now fit again, the 24-year-old will provide head coach Frank Lampard's side with a fresh and exciting option.

Loftus-Cheek's ability to travel with the ball at his feet and create Chelsea attacks from central areas make him one of the Premier League's most dynamic players.

As well as his surging runs from midfield, both on and off the ball, Loftus-Cheek showed last season he is also a clinical finisher.

In 24 appearances, 18 as a substitute, he netted six times with a 30 per cent chance conversion rate, the best record at the club.

Apart from top scorer Tammy Abraham, who has scored 13 goals this season, no one in Lampard’s team is finding the back of the net with the same frequency that Loftus-Cheek managed last term.

This aspect of his game means Chelsea will be even more of a threat going forward when he plays.

Goals were scored from outside the penalty area, with either feet and via the head, highlighting just how dangerous and well-rounded he is.

In his absence, fellow Academy graduate Mason Mount has impressed in an attacking midfield role, scoring six times in 29 matches of a debut Premier League campaign.

But Loftus-Cheek's highly anticipated comeback could be critical to Chelsea at this stage of the season.

Lampard is likely to reintegrate Loftus-Cheek gradually, initially using him as a substitute.

Prior to becoming a first-team regular he often came off the bench to make a considerable impact.

In 486 minutes of action, Loftus-Cheek was part of a Chelsea side who scored 15 goals and conceded only three.

This means they averaged a goal every 32.4 minutes.

In comparison, over the course of that 2018/19 campaign the Blues scored once every 54.3 minutes.

At home, Chelsea have often struggled to turn their possession into goalscoring opportunities.

They have scored only 22 goals in 15 matches at Stamford Bridge. Seven other Premier League teams have been more prolific at home.

When visiting sides opt for a defensive approach, they have missed Eden Hazard’s ability to open up space.

Their former winger averaged 4.3 successful dribbles per match last season, a figure no Chelsea player has been able to replicate in 2019/20.

Chelsea's most completed dribbles per 90 mins

But while Loftus-Cheek is a different type of player to Hazard, he too is exceptionally quick and balanced when in possession.

The 3.8 completed dribbles he averaged per 90 minutes in the last campaign is more than what any of his current team-mates have managed so far this season.

The talent of Loftus-Cheek is something Chelsea have greatly missed and they will be delighted to be able to call upon him once again.