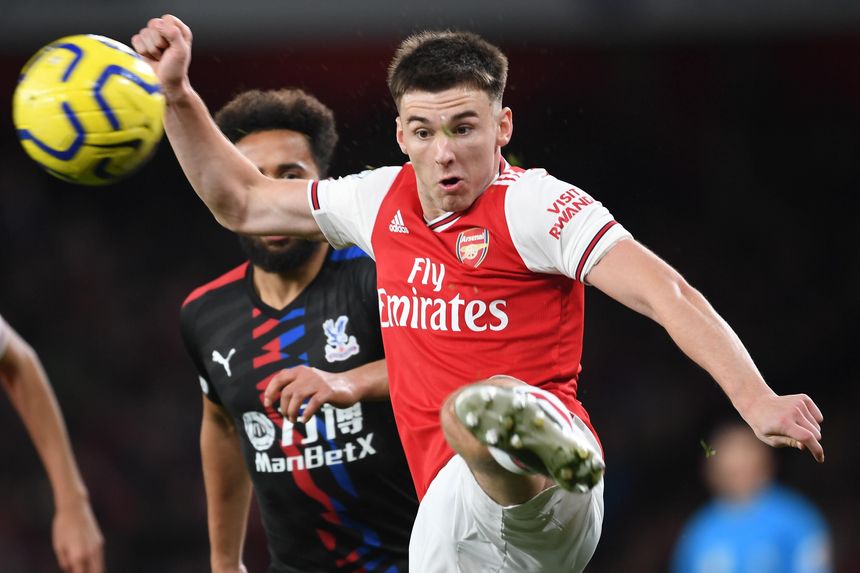 Arsenal head coach Mikel Arteta will be boosted by the return to fitness of his best crosser.

Kieran Tierney has endured an injury-plagued debut campaign in English football, starting just nine matches in all competitions since joining from Celtic.

But when fit and available, the left-back has impressed.

Displaying natural dynamism in wide areas and the ability to deliver pinpoint crosses, the 23-year-old can add genuine quality to the Arsenal side.

Making 1.2 chances from open play per 90 minutes, he is statistically the most creative full-back in the Arsenal squad.

The highly promising Bukayo Saka (1), Sead Kolasinac (0.73), Ainsley Maitland-Niles (0.67) and fit-again Hector Bellerin (0.14) have not been able to match his supply line.

The Scotland international is adept at dropping a shoulder to create the space needed to whip a ball across the face of goal.

Having made room for himself in such an effortless manner, his left boot is then tremendously accurate.

Tierney finds his intended target with 28.6 per cent of his crosses.

As the team's most prolific crosser by some distance, it would be a surprise if Arteta does not turn to him between now and the end of 2019/20.

Arsenal's forwards would likely see an increase in the number of quality chances they receive if Tierney is able to string a run of matches together.

Arteta's first-choice left-back before the season was put on hold was Saka.

The 18-year-old, whose natural position is as a winger, adapted to the role outstandingly well, providing a number of telling contributions.

Saka's tally of eight assists in all competitions plus three goals means it will not be easy for Tierney to dislodge the teenager from the team.

But Arteta will be aware of how well Tierney performed in UEFA Europa League fixtures prior to picking up his shoulder injury.

More than half of his crosses found a team-mate, and he laid on two terrific assists for Gabriel Martinelli at Emirates Stadium.

In Europe, Tierney sometimes played behind Saka, and we may well catch more glimpses of that pairing in the coming weeks.

Deploying those two young talents in tandem would free up Pierre-Emerick Aubameyang or Martinelli to move into the central striker role.

Fit and raring to go, Tierney will be determined to showcase his quality and make up for lost time.