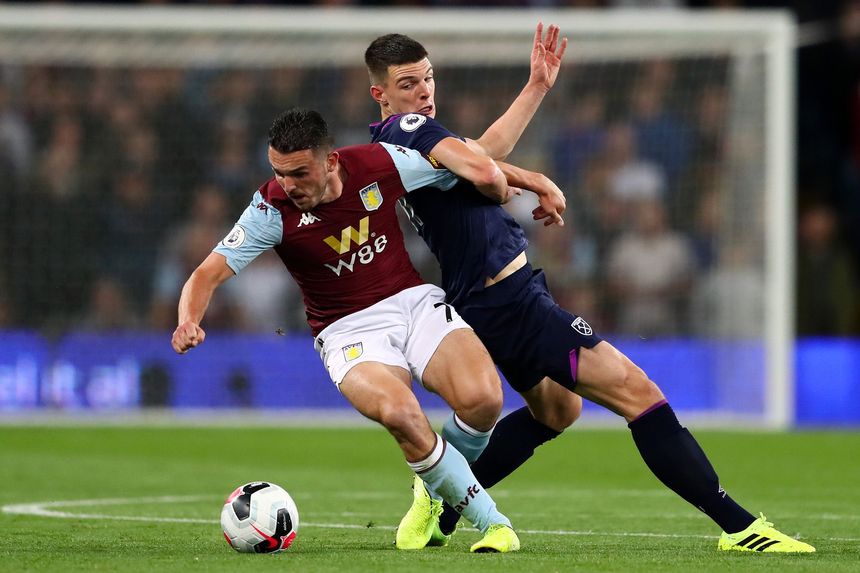 The midfielder's recovery from a fractured ankle could prove pivotal in Aston Villa's relegation fight.

McGinn offers a wealth of positive energy, which lifts the players around him.

Aggressive, industrious and willing to make forward bursts McGinn's presence has been sorely missed since December.

Indeed, head coach Dean Smith decided to move away from his preferred 4-3-3 formation when he lost the tenacious 25-year-old to injury.

To mitigate for his absence, Smith experimented with alternative systems.

But with McGinn being at his best on the right side of a midfield three, the Villa boss could now switch back to his original formation.

One of McGinn's great strengths is his ability to pop up in areas where he can fire off shots on goal.

His stats compare favourably to other central attacking midfielders, even though he is very much a box-to-box player.

Terrific at timing his forward runs, the Scot is second only to Manchester City's Kevin De Bruyne for shots by midfielders per 90 minutes.

Despite missing over a third of the campaign, McGinn has registered 15 shots on target, just three fewer than Villa forward Wesley, the club's leading player in that category.

As a result McGinn has scored three goals, against Tottenham Hotspur, Arsenal and Burnley.

Without McGinn's drive and influence, Villa have been too reliant on Jack Grealish to deliver match-changing moments.

In his absence, the team's average goal tally dropped from 1.33 per match to 1.0.

And the shot count, excluding blocks, dipped from 9.94 per match with McGinn to 7.3 in the subsequent 10 matches without him.

McGinn, who has a wonderful left foot, is also an underrated creative force.

Not only does he get into dangerous areas on a regular basis, but his choice of distribution is usually excellent.

He is second only to Grealish when it comes to key passes made in open play for Villa, so his recovery is undoubtedly a major boost.

Villa need to hit the ground running when the campaign resumes as five of the division's top seven clubs are among their next six opponents.

But the return of McGinn in central midfield will lift their spirits and their belief that they can avoid the drop.