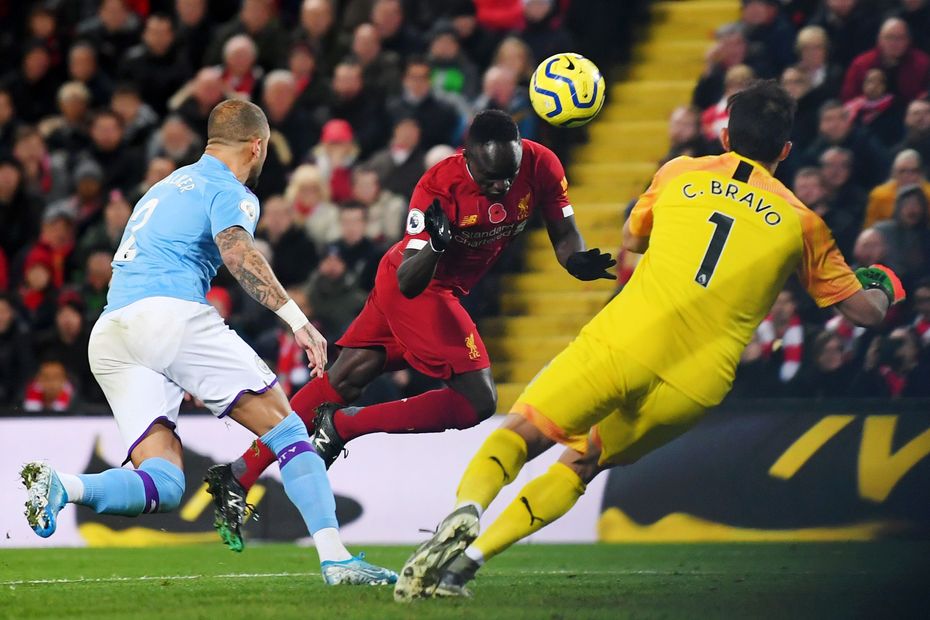 FPL Show: 'I was only vice-captain for Boxing Day haul'

Inside Anfield: Behind the scenes of Liverpool 4-0 Palace External Link
McManaman: Liverpool won title in style

Now confirmed as champions, Liverpool have been the dominant force throughout the 2019/20 campaign and have overcome a series of pivotal challenges along the way.

Here we look at five key matches that defined their historic season.

The Reds took the lead shortly before half-time through Mane, only to be pegged back by James Maddison with 10 minutes remaining.

Milner then kept his composure from 12 yards after Mane was fouled to secure a thrilling victory.

Trezeguet put Villa in front after 21 minutes and despite Liverpool piling on the pressure, it looked as if it might not be their day.

But Robertson stormed forward to head in with three minutes remaining, before Mane glanced in Trent Alexander-Arnold's corner four minutes into stoppage time to complete an incredible turnaround.

Liverpool made a real statement as they beat Manchester City, the 2017/18 and 2018/19 champions, in a dominant display.

First-half goals by Fabinho and Mohamed Salah put the home side in control.

Mane added a third on 51 minutes before Bernardo Silva's consolation goal for City.

The win left Liverpool eight points clear at the top after 12 matches.

This time it was Roberto Firmino who struck late as Liverpool won at Crystal Palace.

Mane opened the scoring in the 49th minute but Wilfried Zaha equalised with eight minutes to go.

It only took three minutes for the Reds to retake the lead, with Firmino firing in from close range to secure another crucial three points.

Liverpool produced one of their best performances of the season, triumphing emphatically at their nearest challengers on Boxing Day.

After lifting the FIFA Club World Cup just five days earlier in Doha, Liverpool showed no signs of fatigue as they laid down a marker at King Power Stadium.

It included a superb strike by Alexander-Arnold, who also provided three assists in the match.

The victory took the visitors 13 points clear of the second-placed Foxes.