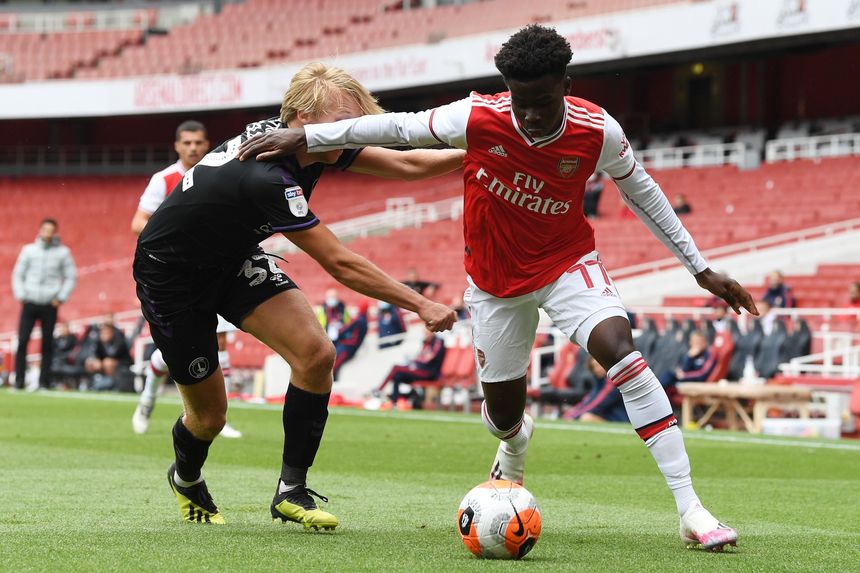 See how the 20 teams are getting ready for the 2019/20 season restart, including training match highlights from Arsenal, Spurs and Leicester City

Ahead of the Premier League's return clubs are upping the intensity as they continue with Stage Two of the Return to Training protocol.

The 2019/20 season is set to resume on Wednesday 17 June, if all safety requirements are in place, and clubs have ramped up their preparations with many playing in 11 v 11 training matches.

Here's how our teams are getting ready for the season restart.

Gunners striker Eddie Nketiah scored a hat-trick in a 6-0 victory over Charlton Athletic.

Take a look at how Villa's goalkeepers are getting ready for the season restart.

In the Seagulls' training matches Aaron Connolly and Leandro Trossard showed there were few signs of rustiness with some brilliant goals.

Manager Sean Dyche has been talking about how his players have been stepping up training and says he is happy with their fitness levels.

There are plenty of smiles at the Cobham training ground as Chelsea players hone their finishing skills in small-sided drills.

The Eagles filmed their return to contact training with a drone in the sky.

Michael Keane and Mason Holgate were among the scorers as Everton continued to prepare for the Merseyside derby.

The Foxes were back at King Power Stadium as they held an 11 v 11 training match.

The leaders ran an 11 v 11 match at Anfield, with Sadio Mane back among the goals as they got a feel of playing in a stadium again.

Man City stepped things up a gear this weekend. Watch some goals from Riyad Mahrez and Sergio Aguero, as well as a bit of free-kick practice from Kevin De Bruyne.

At United there was a first link-up between the fit-again Paul Pogba and January signing Bruno Fernandes, who showcased their set-piece skills.

Nabil Bentaleb scored a stunning goal from way out as the Magpies played at St James' Park.

Norwich were also back at their stadium, Carrow Road, for an 11 v 11 training match.

The Blades are due to be one of the first two teams back in Premier League action and they trained at Bramall Lane ahead of their away match against Aston Villa on 17 June.

Saints showed how they are preparing for their first match back against Norwich on 19 June.

West Ham upped the intensity and showed us a classy finish from Jarrod Bowen.

And Wolves really turned the heat up as they did back-to-back sessions, with Raul Jimenez sharpening his finishing skills.