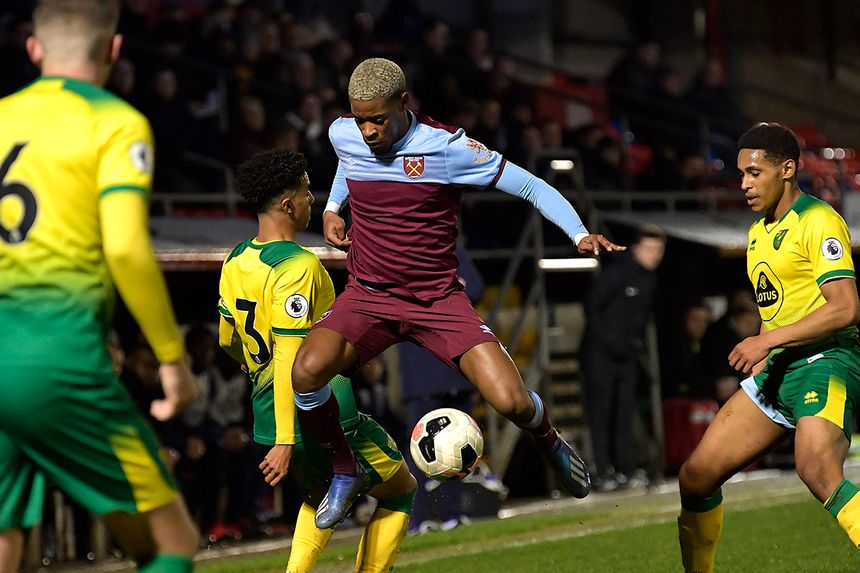 West Ham United scored four goals in a Premier League 2 Division 2 match for the ninth time this season as they beat Norwich City 4-0 to maintain a three-point lead at the top of the table.

Oladapo Afolayan gave the Hammers a 24th-minute lead after being teed up by first-team centre-back Fabian Balbuena.

Amadou Diallo, Ademipo Odubeko and Xande Silva, pictured, found the net in the second half to wrap up the win for Dmitri Halajko's side.

West Ham are three points above second-placed Manchester United, who have a match in hand and kept up the pressure by winning 3-2 at Stoke City.

The Hammers have four matches left, and whoever wins the Division 2 title will secure promotion to Division 1.