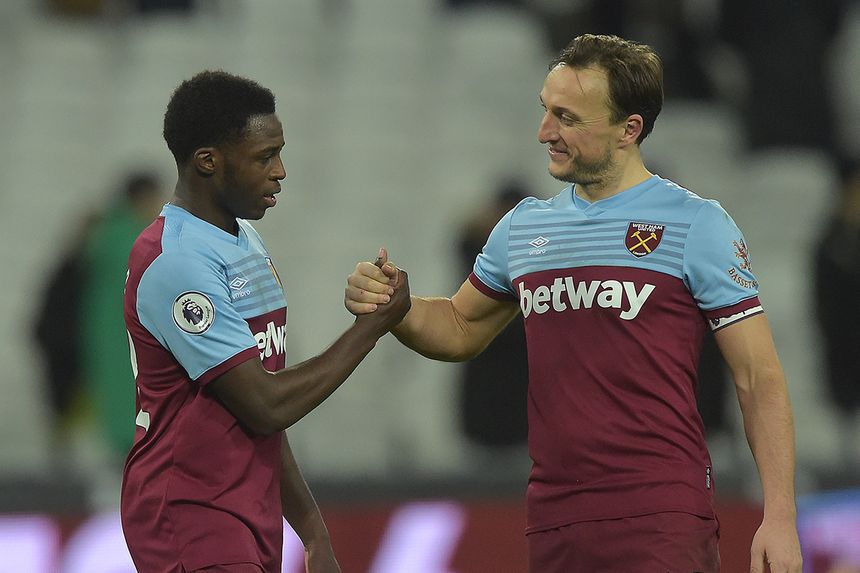 Jeremy Ngakia's first taste of Premier League football couldn't have been a much bigger occasion, starting against leaders Liverpool in front of 60,000 fans at London Stadium.

"Mark Noble told me afterwards, 'Never forget this moment. You've made your Premier League debut against Liverpool. Not many players can say that. Cherish this moment'," West Ham United's 19-year-old right-back told the club's official website.

West Ham have celebrated this landmark moment by making him the latest addition to the Academy of Football graduates board at Chadwell Heath training ground, which features club captain Noble and first-team regular Declan Rice.

"I remember, when they first opened this training ground, all these names were on here," Ngakia added. "I said to myself, 'You need to try and get there', and now I feel the hard work's paid off."

Ngakia added to Academy of Football graduates board

"It's a proud moment for him and everybody at the Academy," Halajko said. "In terms of senior football it was Jeremy's first game at this level, and what a game to have it in.

"He'll want to build on that. He'll want to turn that one appearance into five, then into 10, and go from there."