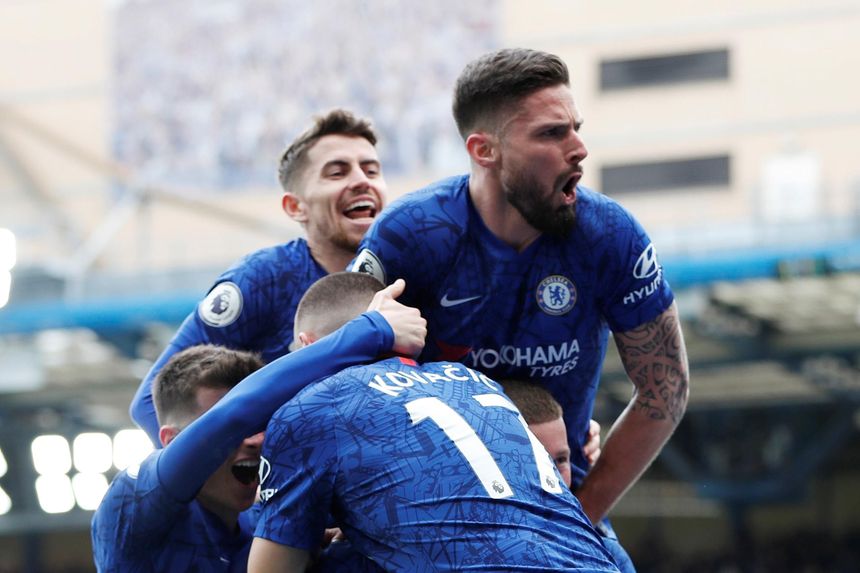 Goals from Olivier Giroud and Marcos Alonso earned Chelsea a 2-1 win over Tottenham Hotspur to move four points clear of their fifth-placed opponents.

Giroud made it 1-0 to Chelsea on 15 minutes when he reacted quickest to finish beyond Hugo Lloris after Ross Barkley had struck a post.

Chelsea doubled their advantage three minutes into the second half, Alonso drilling in a first-time shot after being set up by Barkley.

Spurs gave Chelsea a nervous ending after substitute Erik Lamela's shot went in off Antonio Rudiger in the 89th minute but could not find an equaliser.