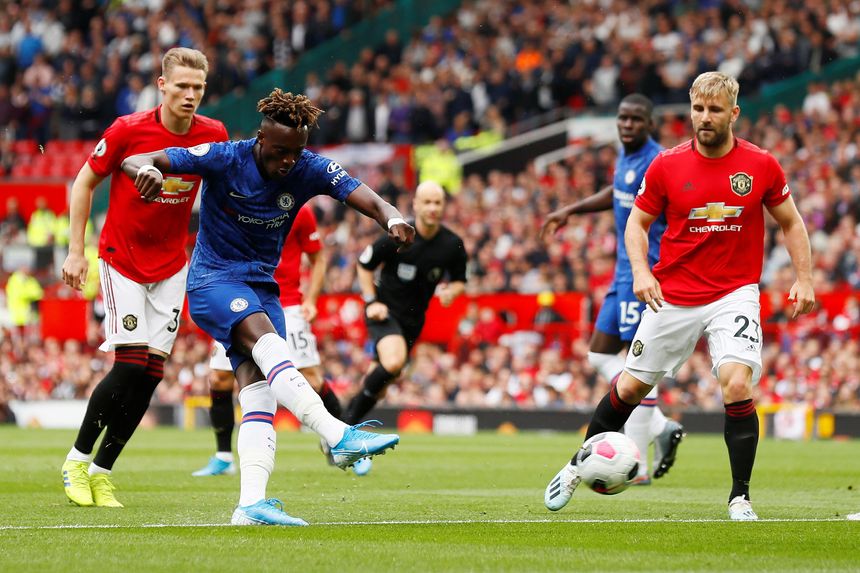 Chelsea lie six points ahead of Manchester United as the sides go head-to-head at Stamford Bridge in the battle for UEFA Champions League qualification.

Both teams are looking for a first win in four attempts, while Man Utd can complete the double over their hosts.

Christian Pulisic is ruled out for Chelsea, who are also missing Ruben Loftus-Cheek.

However Tammy Abraham continues to be monitored and Frank Lampard is "hopeful" he will be able to play.

Nemanja Matic is available for Man Utd having served a one-match suspension, while new signing Odion Ighalo could be in line to make his debut.

Axel Tuanzebe and Scott McTominay have stepped up their return to fitness, but the match may come too soon. Marcus Rashford (back), Tim Fosu-Mensah (thigh) and Paul Pogba (ankle) remain sidelined.

Eight of Tammy Abraham’s 13 Premier League goals this season have given Chelsea the lead in a match. No other player’s goals has put their side ahead more often this term.

Chelsea have lost just one of their last 17 Premier League home matches against Manchester United and are unbeaten in their last six, since October 2012.

Having won 2-1 at Stamford Bridge in the League Cup this season, Man Utd can become the first team to win at Chelsea twice in a campaign since Liverpool in 2011/12.

After beating Chelsea 4-0 at Old Trafford on the opening weekend, United can secure their first league double over Chelsea since 1987/88.