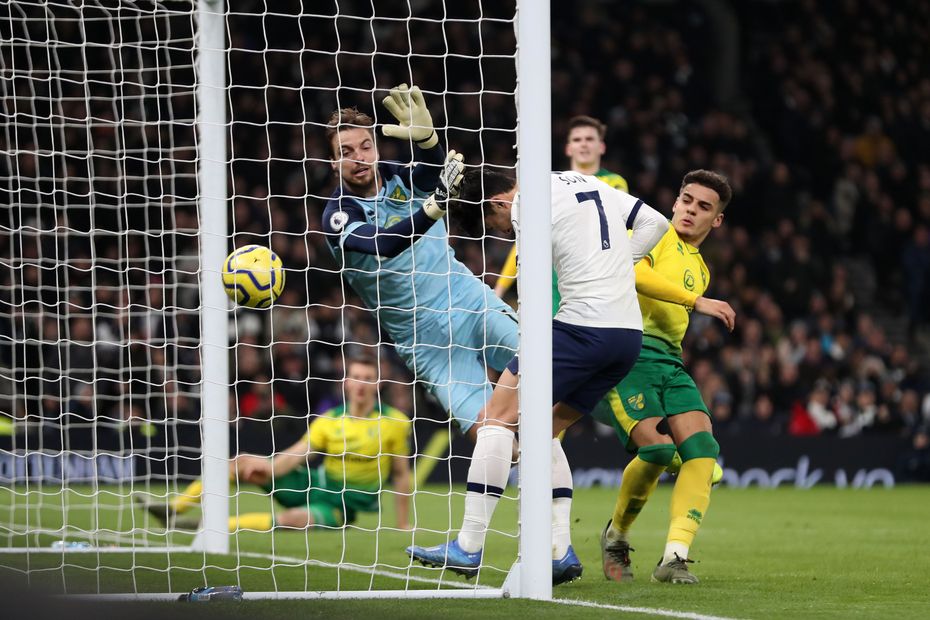 Back to winning ways against Norwich External Link

Erik Lamela's shot was beaten out by Tim Krul early on, before Norwich's Teemu Pukki curled a shot just wide at the other end.

Spurs led on 38 minutes as Serge Aurier's cross was converted by Dele Alli.

After the break, Pukki drew Norwich level from the penalty spot on 70 minutes after Ryan Sessegnon's foul on Max Aarons.

But on 79 minutes, Alli's shot looped off Norwich defender Christoph Zimmermann for Son to nod in on the goalline.