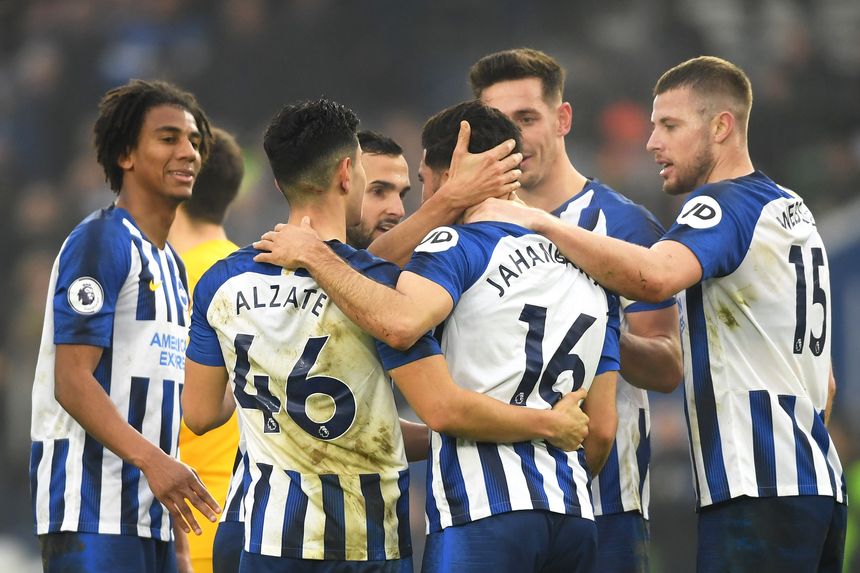 Preview: March in contention for a return against Everton External Link

Everton are aiming to bounce back from their first Premier League defeat under Carlo Ancelotti at Manchester City in Matchweek 21.

Brighton & Hove Albion are two matches unbeaten and sit 14th and only a point behind their hosts.

Solly March is back in contention for Brighton after overcoming a groin injury, although Aaron Mooy is a doubt after getting a knock to his knee.

The home side have never lost in the five PL meetings between Everton and Brighton (W4 D1). The Toffees have won both matches at Goodison Park and Brighton have never won at Everton in any competition (D2 L5).

Since Ancelotti’s first match, Everton's 50 shots are more than any other team. The Italian is set to face Brighton for the first time in the Premier League and has beaten 21 of the 22 teams he has come up against, only failing against his current club.

Brighton’s Alireza Jahanbakhsh has scored with his two shots on target in the Premier League this season, netting in his last two appearances. He could become the first Iranian to strike in three PL matches in a row.