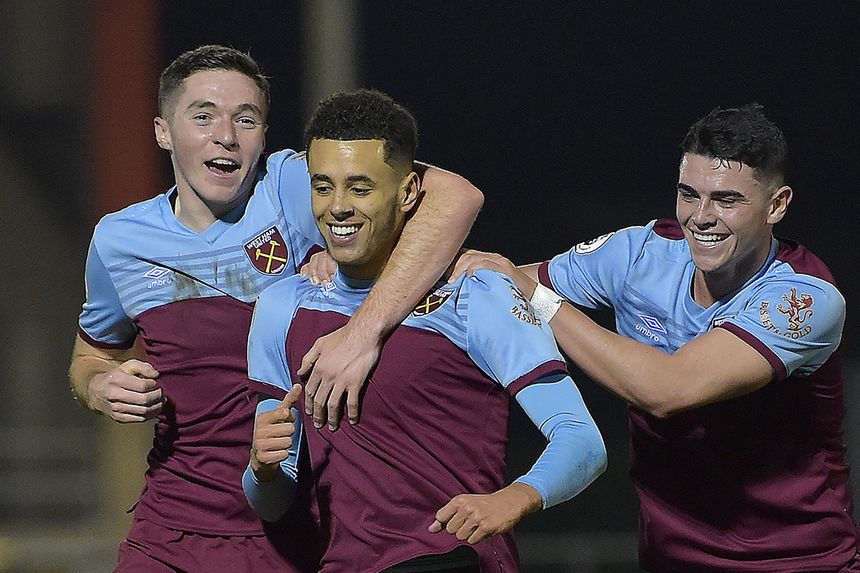 Dmitri Halajko: The whole team can take credit for that External Link

A superb goal from Nathan Holland helped West Ham United to a 2-0 home win over their Premier League 2 Division 2 title rivals Manchester United as they went four points clear at the top.

November's PL2 Player of the Month cut inside and powerfully fired in off the crossbar for his 12th league goal of the campaign and West Ham's second of the evening on 35 minutes.

Alfie Lewis had given the Hammers a 25th-minute lead on the rebound after Joe Powell's effort was saved.

West Ham goalkeeper Joseph Anang was sent off for a second yellow card late on, but the Hammers held on for their 12th win in 14 matches.

They remain unbeaten in Division 2 this season, having drawn twice.