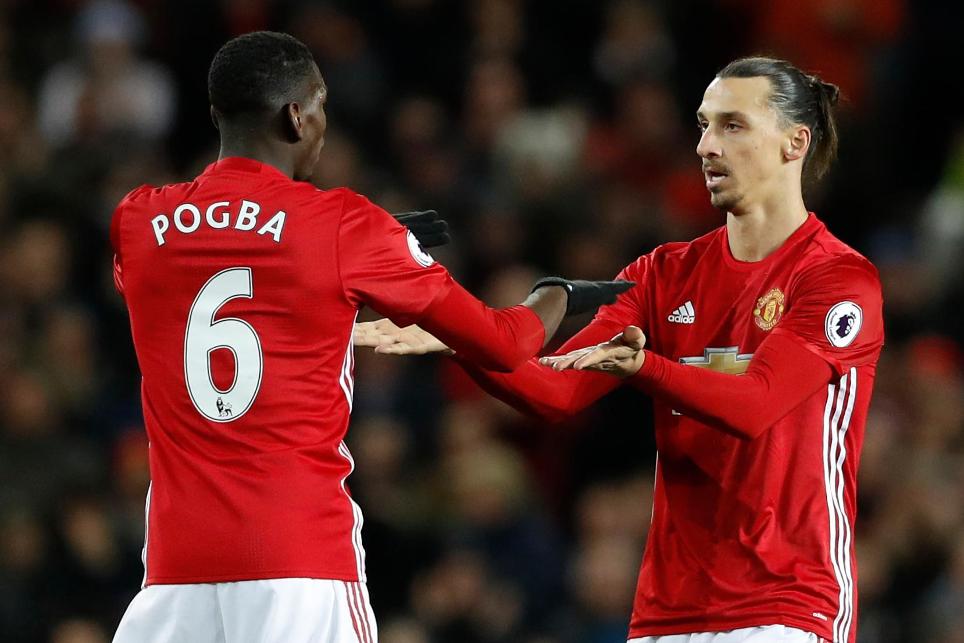 Manchester United face on Sunday a Tottenham Hotspur team they have beaten only twice in their last eight Premier League contests.

Adrian Clarke looks at how Jose Mourinho's team can take a big step forward to closing the gap on the fifth-placed team, and ultimately the top four, at Old Trafford.

Jose Mourinho recently claimed Manchester United have been the "unluckiest team in the Premier League" this season. I understand his frustration.

Producing better movement, speeding up the tempo of their play and creating more chances than in 2015/16, the quality of United's performances has increased, even if the points tally does not reflect it.

Sub-standard finishing is the main reason why they are nine points from the top four.

While it is encouraging United have manufactured more goal attempts than both Chelsea and Arsenal after ranking 15th in the PL for shots in 2015/16, United's conversion of chances is well below their rivals'.

A look at the numbers helps to clarify where it has gone wrong for them at times this season.

Mourinho's men have scored in both halves only twice in 14 PL matches. This compares with Manchester City (eight), Chelsea (seven), Arsenal (seven) and Liverpool (six).

All have been far better at maintaining a threat for 90 minutes.

Man Utd have also scored more than once in only four 14 Premier League matches.

When on top, United also struggle to put opponents away and this partially explains why six of their matches have been drawn.

Crucially, a lack of creativity is no longer a concern and once their finishing improves they will undoubtedly challenge the top four.

The club's two marquee summer signings have both been hugely influential, but there is one unwelcome statistic for them.

No Premier League player has fired as many wayward shots as Zlatan Ibrahimovic or Paul Pogba, both of whom lead the way for failing to force opposition goalkeepers into a save.

Since returning to Old Trafford Pogba has been eager to prove himself.

At times it has felt like the Frenchman is trying too hard to score, attempting too ambitious efforts. As he learns to relax in the environment, his shot selection will improve.

In the case of Ibrahimovic, with eight PL goals, it is difficult to be too critical.

Capable of scoring from a range of situations, his knack of being in the right place means the highest shot-taker in the Premier League has enjoyed 50 efforts from open play alone.

It has been fascinating to observe how often United’s two new recruits make a beeline for one another on the pitch.

Whenever the ball is fed into his feet, Ibrahimovic’s first thought is usually to see if he can pop it off to Pogba.

A player who consistently makes forward runs, Pogba adds a new dimension to the United team, and his link-ups will bear plenty of fruit as the campaign progresses.

If Tottenham Hotspur want to limit Pogba’s influence on Sunday, they must shut off the supply line that comes from Ibrahimovic.

That means their midfielders, Victor Wanyama and Mousa Dembele, will be asked to screen the service into the striker and try to pinch the ball off his toes.

Ibrahimovic cannot be allowed to hold the ball up under no pressure, bringing others into play.

Players most passed to by Ibrahimovic

Pogba is the dominant figure in midfield.

He wins more 50-50s than anyone else, makes the most passes and, because he’s so attack-minded, also lays on the greatest number of United’s chances, too.

He will seek out Ibrahimovic with a forward pass whenever possible, so should the Spurs back four leave behind, the pair’s quality and movement could prove to be the visitors’ undoing.

Players most passed to by Pogba

What makes these two so dangerous is their willingness to create. That is why United look so much more imaginative this season.

Pogba and Ibrahimovic may give possession away more than their team-mates (249 and 190 times respectively) but they are brave enough to attempt passes that could make the difference.

Understated Herrera will be key man

Ander Herrera has earned the trust of his manager with a series of prominent performances in big matches.

Starring as a half-time substitute against Manchester City in September, the 27-year-old has since impressed against Leicester City, Liverpool and Arsenal.

While he can do a job as the defensive anchor, the tireless midfielder is at his best in a three-man midfield. From a position to the side of centre, he is often the first player to push on and engage in a mid-pitch press.

Looking at the way Spurs dominated midfield for long periods against Arsenal and Chelsea, the relentless harrying of Herrera will be important on Sunday.

Nimble and aggressive, he is capable of unsettling Dembele, Wanyama and Dele Alli, and springing turnovers in good areas.

As an all-round central midfielder, Herrera has to be one of the most underrated players in the division.

In addition to the way he disrupts the opposition’s play, he is always looking to get touches on the ball, he passes neatly, and also surges forward to great effect.

His assist for Juan Mata against Arsenal highlighted the Spaniard’s attacking instincts beautifully.

It is Herrera’s work rate and reliability that helps free up Pogba to play his natural game.

Performance levels have been fine, but unlike this weekend’s opponents, United are still searching for a clear identity.

They press in fits and starts, chop and change formations and frequently alter personnel. Their preferred style and shape remains unclear.

Finding the right two or three players to play off Ibrahimovic is perhaps the greatest challenge. Mourinho has a plethora of talent at his disposal, but it is not yet clear which combination works best.

Since deploying Anthony Martial, Wayne Rooney and Mata as his attacking midfield for the first three PL matches, Mourinho has changed the configuration in every match apart from one.

For purposes of familiarity it may make more sense to let one unit enjoy a run of matches.

If Spurs are still in the match beyond the hour they will be confident of getting a positive result. United have suffered badly in the second half of matches.

Only Burnley and Middlesbrough have scored fewer goals after the interval and, in the final 15 minutes of Premier League contests, they have a worrying 1-5 goal record.

Mourinho’s substitutions and tactical choices late in matches have not yet had the desired effect. He will be eager to change that pattern on Sunday.