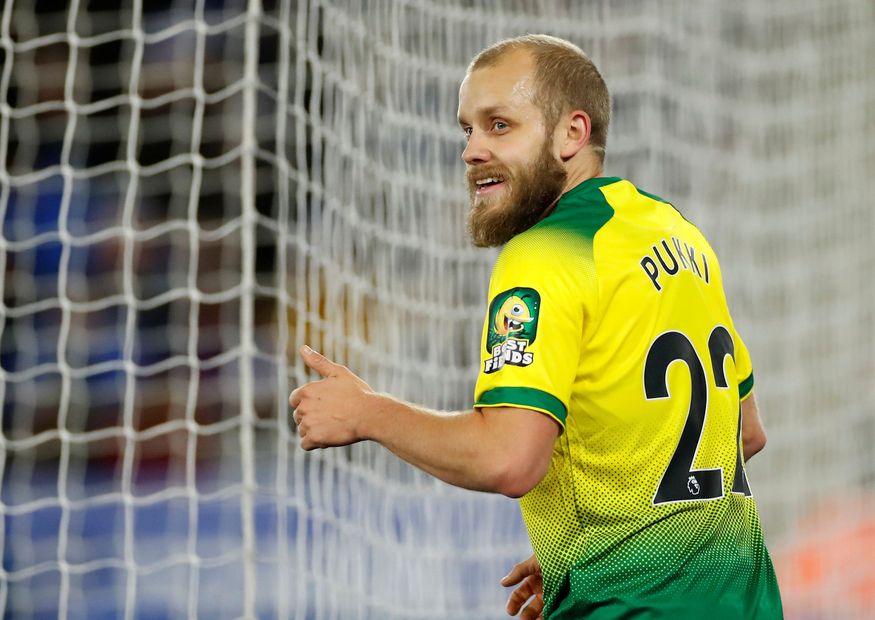 Team news and stats ahead of Saturday's match at Carrow Road

Norwich City will be hoping to build on the 1-1 draw at second-placed Leicester City and secure a third home win of the season.

A victory for eighth-placed Wolverhampton Wanderers, who are unbeaten in their last six away matches, could lift them to fifth in the table.

Ben Godfrey has been ruled out until February after sustaining knee ligament damage, but Teemu Pukki (toe) is available for Norwich City.

Grant Hanley, Alex Tettey and Ibrahim Amadou could all feature, while Todd Cantwell and Jamal Lewis, who both missed a training session this week, are in the Canaries' squad.

Wolves have reported no new injuries ahead of Saturday's contest.

The only previous Premier League meetings between Norwich and Wolves came in the 2011/12 campaign, with the Canaries winning 2-1 at home and drawing 2-2 away.

Norwich striker Teemu Pukki has scored nine Premier League goals this season. The last player to reach double figures in a season before Christmas for a promoted side was Odion Ighalo in 2015/16 for Watford, with 12 goals.

Wolves have lost just one of their last 12 Premier League games (W5 D6), though it was in their last match; a 2-1 home defeat by Spurs. They last lost consecutive league matches in September.

Nuno Espirito Santo's side have found the net in each of their last 16 matches, the second-longest current run in the competition after Liverpool, with 26.