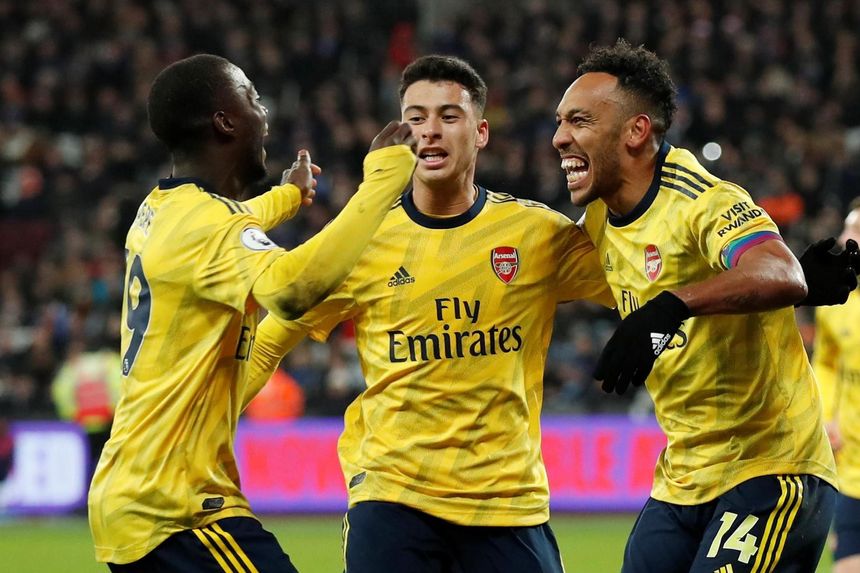 Martinelli equalised with his first Premier League goal on the hour.

Arsenal substitute Sead Kolasinac, on for the injured Kieran Tierney, squared for the Brazilian to sweep the ball low past David Martin.

Pepe curled superbly into the top-left corner six minutes later to put the Gunners in front before Aubameyang volleyed in from Pepe's cross to make the score 3-1 after 69 minutes.