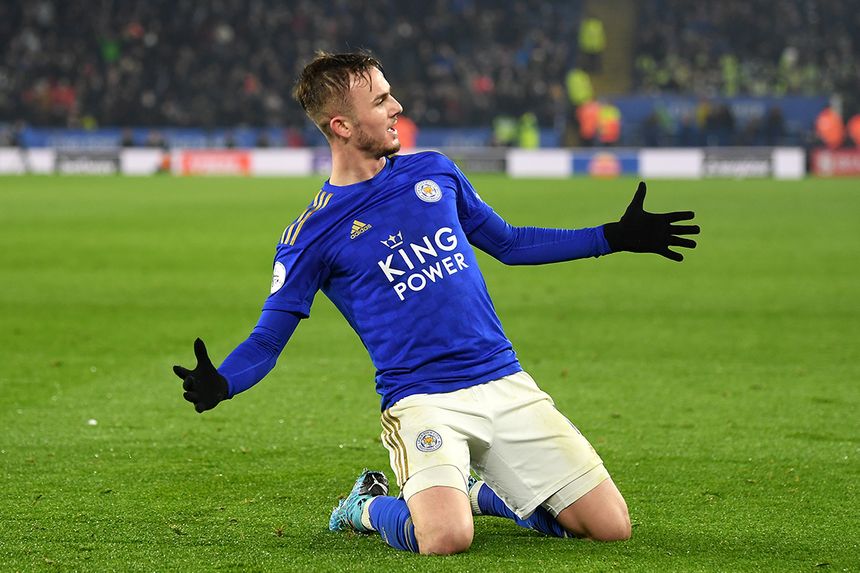 Jamie Vardy and James Maddison's goals mean the Foxes are on their best ever top-flight streak, plus more facts from Matchweek 15

Leicester City reclaimed second place in the Premier League with their 2-0 victory over Watford, and in the process they set a new club record for successive top-flight wins.

For more on this and all the must-know facts for Matchweek 15, read on. To see the reports and key data for the matches, click on the fixtures.

Crystal Palace midfielder Jeffrey Schlupp has scored in consecutive Premier League matches for the first time ever, after 142 appearances in the competition.

Manchester City striker Gabriel Jesus is now the third top-scoring Brazilian player in Premier League history with 32 goals, trailing only Philippe Coutinho and Roberto Firmino, who have 41 and 52 respectively.

Tammy Abraham has been directly involved in 14 Premier League goals this season, with 11 strikes and three assists. Only Jamie Vardy has been involved in more, with 17.

Leicester City have equalled their club record of seven consecutive top-flight wins, having previously achieved the feat between December 1962 and March 1963.

Marcus Rashford has been directly involved in 11 goals in his last 10 matches for Manchester United in all competitions, scoring nine times and providing two assists.

With eight goals, Danny Ings has already scored more this season than last term, and is only three away from equalling his best ever total from the 2014/15 campaign.

Joao Moutinho, right, has assisted 12 Premier League goals, one away from Matt Jarvis’s club record of 13 for Wolverhampton Wanderers.

Jurgen Klopp has become the second-fastest manager to reach 100 Premier League wins, having done so in 159 matches. Jose Mourinho achieved the feat in 142 matches.

Brighton have beaten one of the traditional 'big six' teams away from home in the Premier League for the first time at the 17th attempt; they had lost 15 of the previous 16 such fixtures.