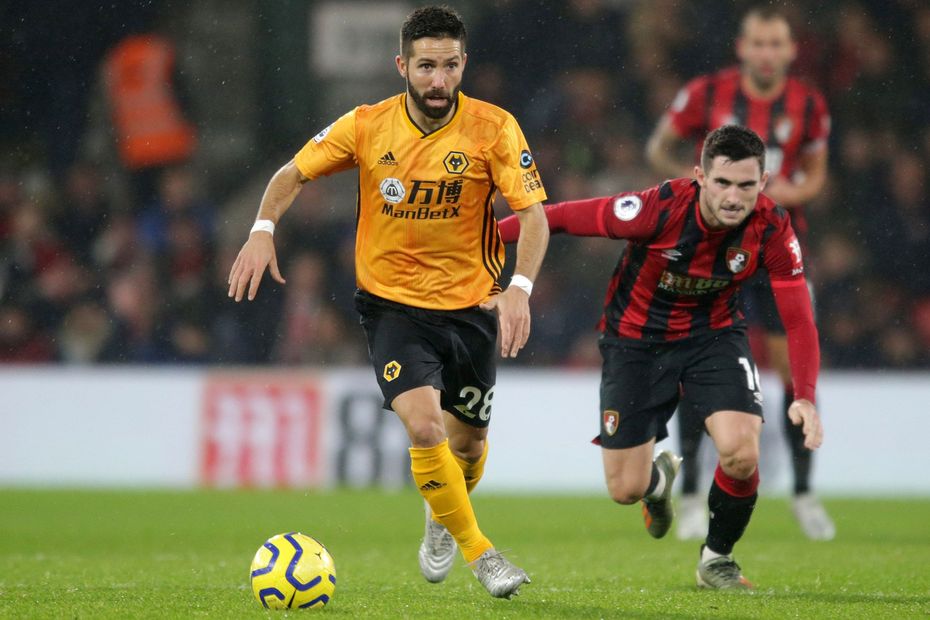 Premier League Champion impressed by Wolves midfielder's impact against AFC Bournemouth, naming him in his Team of the Week

Joao Moutinho may be 33 years old now but there has been no hint of a decline in his influence for Wolverhampton Wanderers.

The Portugal international has started all but two of his club's 23 Premier League and UEFA Europa League matches this season, while also playing five times for his country.

Wolves gave their midfielder a new three-year contract on Saturday, and just hours later he scored a stunning free-kick at AFC Bournemouth.

That strike helped Wolves win 2-1 and earned him a place in Premier League Champion Alan Shearer's Team of the Week.

8⃣ clubs have players in @alanshearer's Team of the Week

Who was your standout performer? pic.twitter.com/ghhg4AIEHf

Having made his first start for England during the international break, he made a couple of excellent and important saves to keep a clean sheet.

Made a good start under Jose Mourinho, defending solidly and whipping in a superb cross to Harry Kane for STottenham Hotspur's third goal.

Dominant in both boxes, protecting Pope ably while also making his presence felt at the other end of the pitch with a goal and an assist.

He looked like he had been playing as a centre-back all of his life, keeping Chelsea's dangerous forwards at bay with well-timed tackles and vital blocks.

Produced a passing masterclass, playing short balls between the lines and longer ones out wide to stretch AFC Bournemouth, while his free-kick was of the highest quality.

He won the match for Aston Villa with his goal and assist. A constant threat from set-pieces.

The 21-year-old revelled in his No 10 role, combining creativity with diligent defensive work and getting his rewards with a well-taken and crucial opening goal.

That's seven goals in five matches now, and he set up the opener for Ayoze Perez too. He is at the top of his game at the minute.

The Frenchman is clearly loving life with the Blades. He showed pace and strength to help set up the opening goal and then produced a clinical finish into the bottom corner.

He was always a threat coming in from the left and provided an end product, finishing across Roberto for the opener before laying the ball on a plate for Lucas Moura with the low cross for the second goal.

He has achieved that precious balance between defensive solidity and attacking threat. Leicester are still the closest challengers to Liverpool after their fifth win on the bounce.