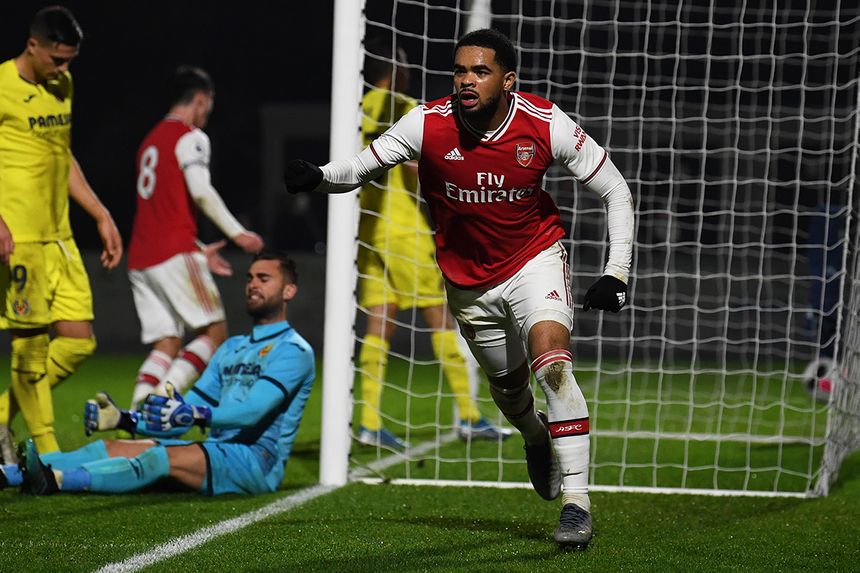 Nathan Tormey, Emile Smith Rowe and Trae Coyle on target as Gunners beat Spanish side 3-0 in one of Wednesday's four International Cup matches

Arsenal made a winning start to their Premier League International Cup campaign with an early strike sending them on their way to a 3-0 home win over Villarreal.

Nathan Tormey gave the Gunners the lead in the sixth minute at Meadow Park, heading in when Trae Coyle's shot was parried, while Coyle then had a low effort saved.

Villarreal hit the post just before half-time but Arsenal doubled their lead in the 54th minute when Tormey teed up Emile Smith Rowe and Coyle added the third goal, taking the hosts straight to the top of Group A.

Second-placed West Ham United moved six points clear of the two teams below them with a 3-1 triumph at Brighton & Hove Albion.

Bojan Radulovic put Brighton ahead but Nathan Holland, Alfie Lewis and Anthony Scully hit back for the Hammers, who have now played all of their matches, while the Seagulls have two left.

Benny Ashley-Seal gave Wolverhampton Wanderers a fourth-minute lead at home against Athletic Bilbao but a 1-1 draw leaves them second with two points.

Southampton suffered a 3-0 home defeat to Monaco, conceding all of the goals within 13 second-half minutes, and sit bottom of the table without a point.