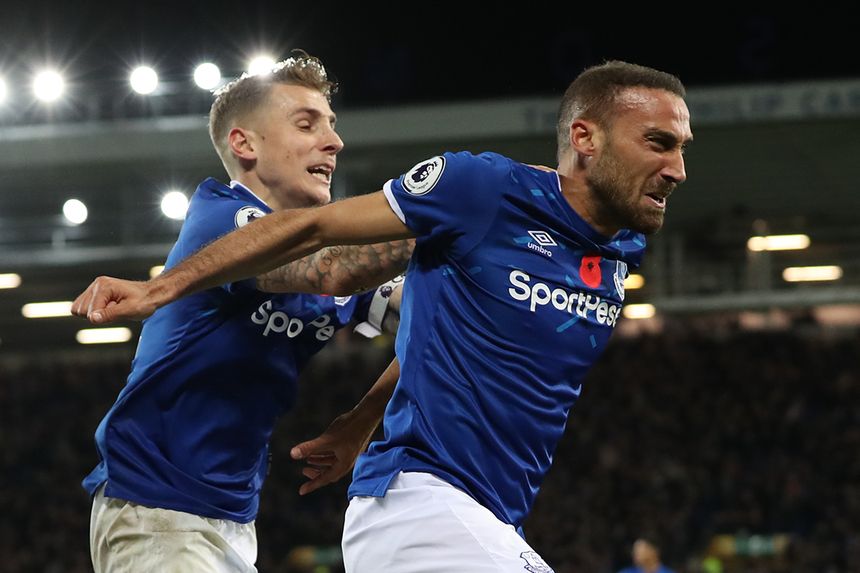 Cenk Tosun scored a late equaliser for Everton to earn a 1-1 draw with Tottenham Hotspur, in a match that was marred by Andre Gomes's injury.

Dele Alli had put Spurs ahead from Son Heung-min's pass, but Son was later sent off for a challenge on Gomes.

The Portuguese midfielder was carried off on a stretcher after a lengthy delay.

Everton had been the better side earlier on and Richarlison was denied by Paulo Gazzaniga saves either side of the break.