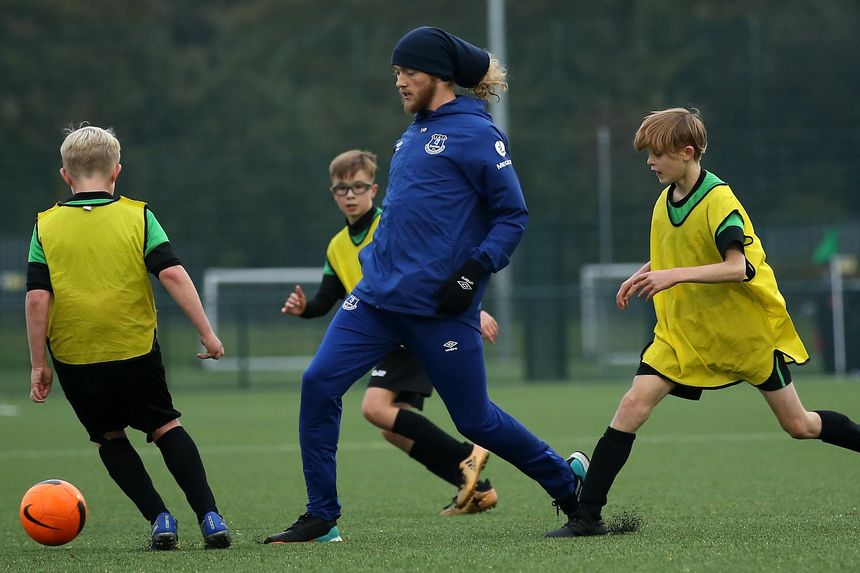 As someone born in the city of Liverpool, Everton midfielder Tom Davies knows better than most the passion for football that youngsters on Merseyside have.

For the past year, these youngsters have been enjoying new facilities thanks to funding from the Premier League, The FA and Government as part of a £20.8million project to transform sporting facilities across the city.

Davies went to see one of four multi-sport hubs that have been developed by the Football Foundation as part of that project, joining young players at the state-of-the-art Jericho Lane site.

"I'm sure they're all buzzing to have them!"@Everton's Tom Davies visited new football facilities part funded by the #PL pic.twitter.com/dm5wplPwNW

Since opening in October 2018, Jericho Lane, along with the sites at Jeffrey Humble, Heron Eccles and Simpson, have collectively welcomed more than 500,000 visitors through their doors, enabling people to access a wide range of sporting facilities.

"It's been brilliant to meet so many people having a kickaround here and having fun through football," Davies said.

"People in Liverpool are football-mad and to see such a wide range of activity here at Jericho Lane is really inspiring.

"The investment by the Football Foundation funding partners also enables Everton to work closely with local people at these hubs to deliver vital community and education programmes."

The new facilities were made possible thanks to £12.7million of investment from the Premier League, The FA and Government and delivered through the Football Foundation.

A significant £7.8m contribution from Liverpool City Council and £250,000 from the Rugby Football Union completed the grant funding of the four sites.

These sites form part of the Football Foundation’s five-year commitment to building multi-pitch hubs across towns and cities in England with the aim of raising the quality of grassroots facilities and providing sporting opportunities for all.

Introduced in 2016, the £200m investment has enabled the Football Foundation to work in partnership with councils and local football organisations.

The sites are also used to support the social wellbeing of individuals within the community, with sessions being run to combat knife crime, improve mental health and support the Women’s Institute.

Both Everton in the Community and the Liverpool FC Foundation also run programmes at the hubs, including Premier League Kicks.