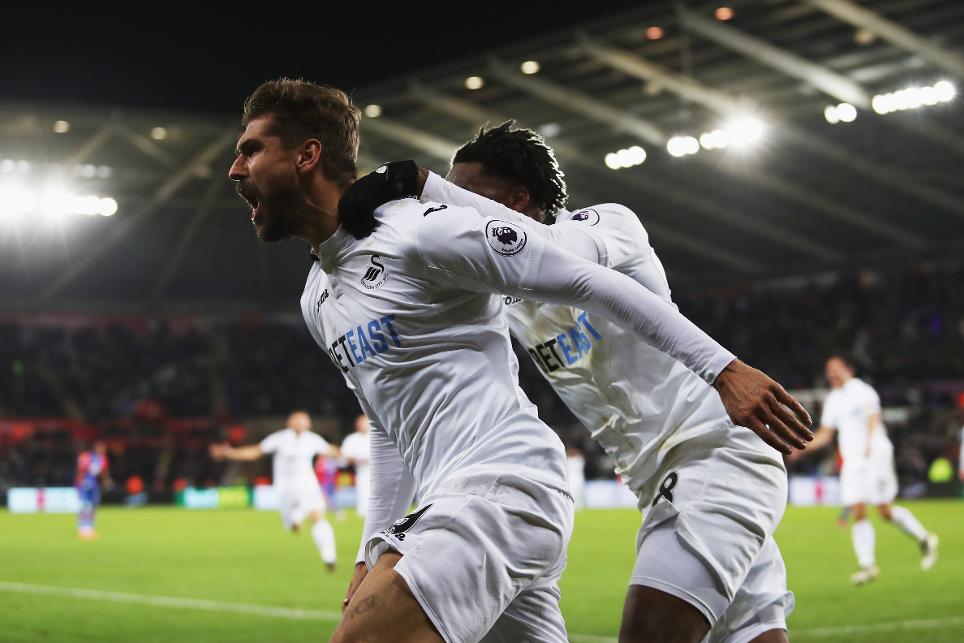 Swansea City’s thrilling victory over Crystal Palace, with Fernando Llorente scoring twice in stoppage time to seal a 5-4 win, was the 20th time a Premier League match has featured at least nine goals.

It was the first since Liverpool struck a stoppage-time winner in a 5-4 win at Norwich City in January last season.

Before then the highest-scoring fixture had been in 2014, when Chelsea won 6-3 at Everton.

The nine goals at the Liberty Stadium, where the lead changed hands four times, were still two short of the 11 in Portsmouth's 7-4 win over Reading in September 2007, which remains the highest total in the Premier League.

It was the fifth time Palace had scored four goals in a Premier League and only the third time in an away match. They became the sixth team to score at least four and still lose.

For Swansea it was only the second time they had score five times in the Premier League, the other occasion being a 5-0 win at Queens Park Rangers on the opening day of the 2012/13 season.

Matches with more than nine goals

The seven goals in the second half at the Liberty Stadium is the third-highest in the competition’s history, although it was the 10th time this exact number has been scored in one half.

Most goals in a half