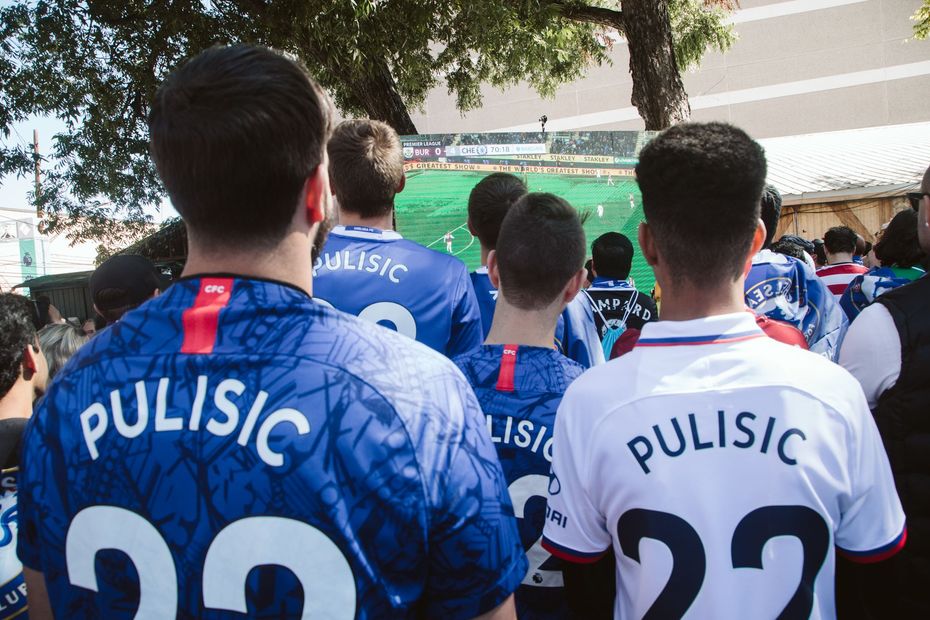 Supporters in Austin and the rest of U.S. go wild as Pennsylvania native strikes first goals for Chelsea in 4-2 win over Burnley

Christian Pulisic struck a perfect hat-trick to guide Chelsea to a 4-2 victory at Burnley and send his fans back in the U.S. wild.

The Pennsylvania native became the first American to score a Premier League hat-trick since Clint Dempsey in 2012.

The 21-year-old scored his first goal for the club on 21 minutes with a surging run and left-foot shot.

For thousands of fans gathered at the Premier League Mornings Live event in Austin, it was the moment they had been waiting for since Pulisic had joined Chelsea in the summer.

But things only got better for them and Pulisic as he added his second goal on the stroke of half-time with a low finish with his right.

He completed his treble with a header from Mason Mount’s cross after the break.

Willian added his name to the scoresheet on 58 minutes with a fierce strike from Tammy Abraham’s pass.