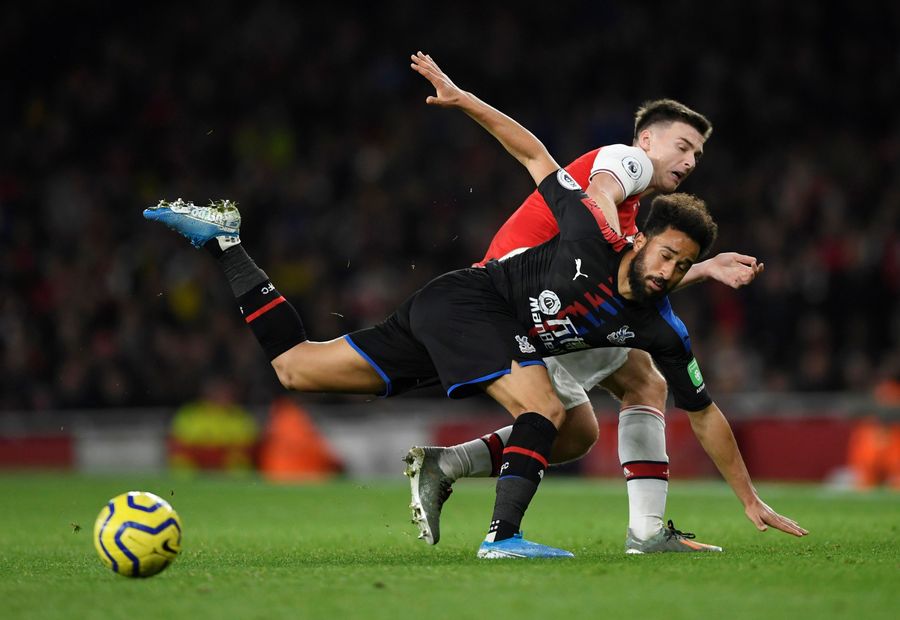 Crystal Palace came back from two goals down to claim a 2-2 draw against Arsenal at Emirates Stadium.

Arsenal got off to a flying start, with Sokratis firing the Gunners into a seventh-minute lead after a corner wasn’t fully cleared by the visitors.

Two minutes later, David Luiz turned the ball in at the far post after Alexandre Lacazette flicked on from another corner.

Palace pulled a goal back on 32 minutes as a penalty was awarded with help from the Video Assistant Referee (VAR), when Wilfried Zaha was fouled by Calum Chambers.

The visitors completed their comeback on 52 minutes when Jordan Ayew headed in James McArthur’s cross to the far post for his fourth goal of the season.

Sokratis thought he had claimed a late winner but his goal was overturned after the VAR spotted an Arsenal foul in the build-up.

The Gunners move on to 16 points but remain in fifth position, one point and one place above the Eagles.