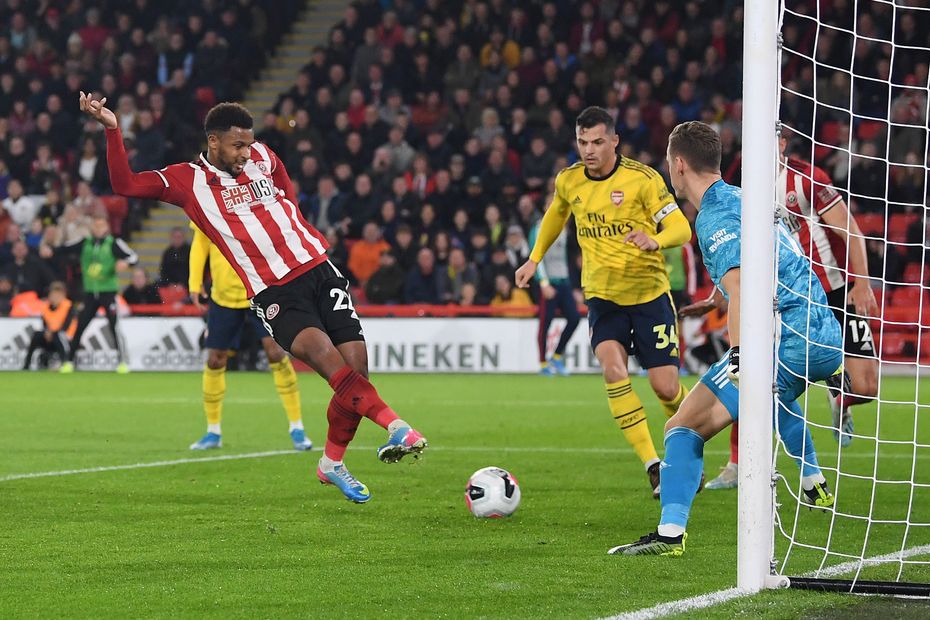 Lys Mousset's first-half goal sealed a second home win of the season for Sheffield United as they defeated Arsenal 1-0 at Bramall Lane.

The Blades started well before Nicolas Pepe missed a golden chance for Arsenal after a slick counter-attack.

United went ahead on 30 minutes when Jack O'Connell's far-post header from a corner was turned in by the unmarked Mousset from close range.

John Fleck hammered a shot into the side netting after the break before Pepe had a free-kick saved.

Alexandre Lacazette and Gabriel Martinelli came off the bench as Arsenal searched for an equaliser but could not find a way past the joint-best defence in the league.

Sheffield United climb to ninth, on 12 points, while Arsenal drop to fifth on 15.