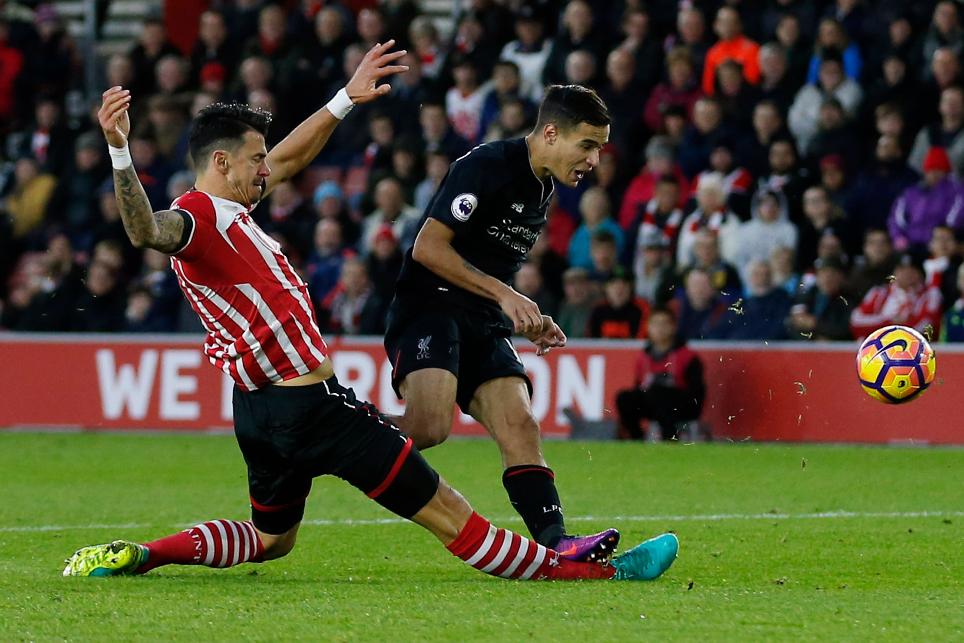 Reds fail to score in each of last two matches without midfielder, but fixtures suggest goals will come

The right-back scored 31 in the Bonus Points System thanks to six successful tackles, seven recoveries and four clearances, blocks and interceptions (CBI).

Having produced 15 attempts on goal to the hosts’ three, Liverpool dominated the ICT Index standings.

The midfielder fired three attempts on goal, all from inside the penalty area, and also supplied a trio of scoring opportunities for Jurgen Klopp’s men.

Passed fit after undergoing scans on a tight hamstring, the Brazilian made more successful passes in the final third (22) than any player on the pitch, in addition to producing two key passes.

All three of Coutinho’s attempts on goal were off target, with only one arriving from inside Saints’ penalty box.

Georginio Wijnaldum (£7.5m) was ranked third in the Index.

Deputising for the injured Adam Lallana (£7.2m), he scored 6.3 after firing in two attempts and providing a pair of scoring opportunities.

Liverpool have now failed to score in each of the last two Premier League fixtures without Lallana.

The England international remains a doubt for the next two to three matches, meaning that Wijnaldum could retain a role in the starting line-up.

Despite failing to score, Klopp’s side offer FPL managers the opportunity of attacking returns due to a favourable upcoming schedule.

According to the Fixture Difficulty Rankings (FDR), Liverpool record a score of only seven over the next four Gameweeks, which gets under way with an Anfield encounter with Sunderland next weekend.

In defence, Clyne has now collected maximum bonus points on the two occasions that Klopp’s side have registered a clean sheet.

The right-back is ranked top for chances created (17) among defenders this season and sits second for attempts on goal (12).

The return of Cedric Soares (£4.9m) bolstered the hosts’ resilience ahead of some improving fixtures.

Puel’s side have now recorded a clean sheet in the last four league matches that the Portuguese right-back has started; they had conceded in four successive Gameweeks prior to the weekend.

Four of Southampton’s next five matches score two in the FDR, suggesting that investment at both ends of the pitch could prove a profitable strategy.