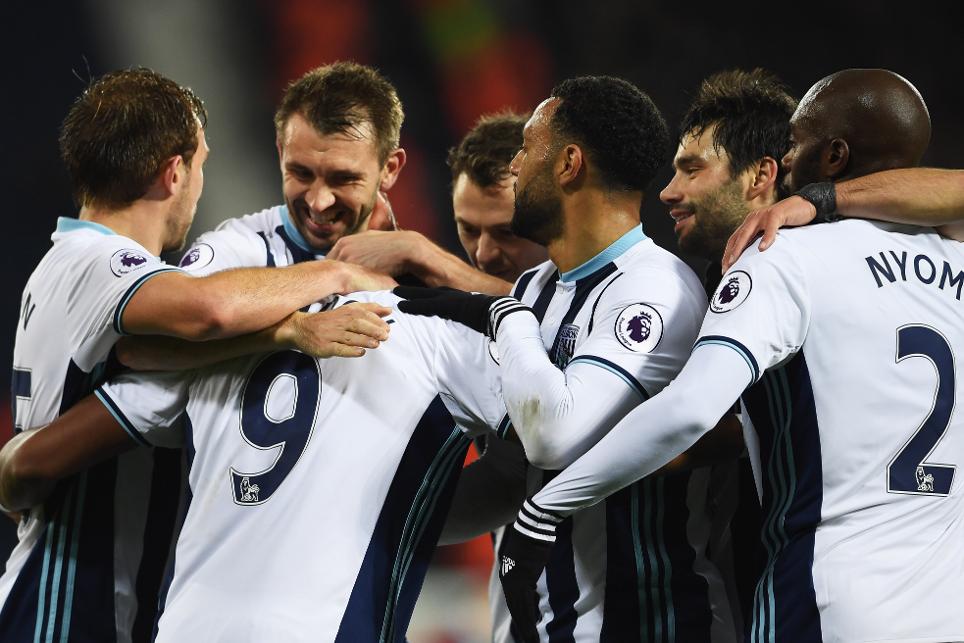 West Bromwich Albion returned to the top half of the Premier League table after claiming a comfortable victory over Burnley at The Hawthorns.

The Baggies, who defeated defending PL champions Leicester City last time out, went ahead on four minutes when Matt Phillips fired into the roof of the net when a James Morrison cross was diverted into his path by Dean Marney.

Jeff Hendrick lofted the ball wide as Burnley rallied but the Baggies doubled their lead through Morrison, who finished off a fine counterattack on 16 minutes.

Salomon Rondon's curling shot was well saved by Burnley's Tom Heaton before Darren Fletcher made it three eight minutes before half-time, finishing after Phillips chipped the ball to the back post.

Burnley tried to get back into the contest after half-time but West Brom sealed the three points when Rondon turned and finished through a crowd of legs from a Nyom cutback.

Man of the Match: Salomon Rondon