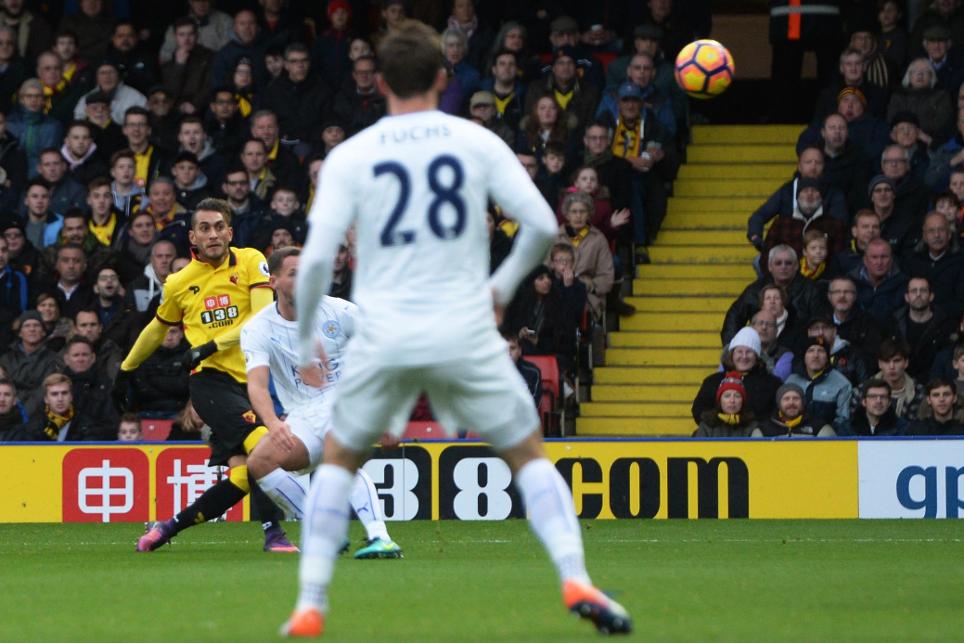 Watford scored two early goals and held off a Leicester City fightback to secure a 2-1 win at Vicarage Road.

The Hornets made a great start when Etienne Capoue volleyed in on 33 seconds after a neat flick-on by Troy Deeney.

The home side doubled their lead on 12 minutes courtesy of Roberto Pereyra’s curling effort.

Claudio Ranieri's side reduced the deficit almost immediately through Riyad Mahrez's penalty after Jamie Vardy had been fouled by Miguel Britos.

Leicester pressed for an equaliser after the break but could not find the goal that would have secured a second point on the road this season.