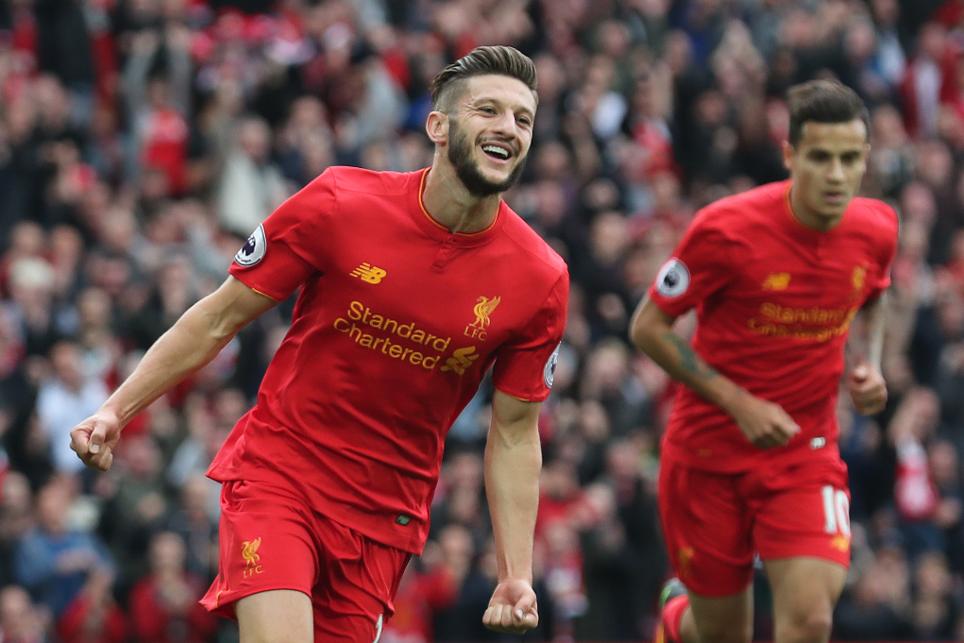 Boasting big points at a bargain rate, could the overlooked Liverpool midfielder be as good a pick as Coutinho and co?

Wijnaldum: It's a blessing for us to play for Liverpool FC External Link

Scoring 50 in the Bonus Points System, Lallana supplied a pair of assists in the 6-1 victory, creating two "big chances" and completing 89% of his 39 attempted passes.

Brazilian duo Roberto Firmino (£8.6m) and Philippe Coutinho (£8.7m) collected the remaining bonus points, with 48 and 44 in the BPS respectively.

Firmino grabbed a goal and pair of assists to collect two bonus points, with Coutinho supplying a goal and an assist for one.

The latter also registered eight recoveries, yet his BPS total suffered as four of his five attempts missed the target.

Sadio Mane (£9.0m) failed to collect bonus points despite firing a first brace of the campaign.

Registering 41 in the BPS, the Senegal international was tackled twice and committed three fouls before being replaced on 62 minutes.

The Brazilian registered five attempts on goal – all from inside the box – with three hitting the target.

A tally of 12 touches inside the box was more than any other player in Sunday’s encounter, with Firmino also creating four scoring chances against the Hornets.

Coutinho clinched second spot with a score of 15.6.

He mirrored Firmino’s five efforts on goal, netting with his only shot on target, and carved out five scoring opportunities.

All three of Mane’s attempts were on target and he also provided two chances for team-mates, helping him to a score of 14.0 in the Index.

Firmino, Mane and Coutinho now occupy three of the top six spots in the FPL midfield standings after each provided double-figure hauls.

Coutinho resides in 46% of FPL squads, but doubling up with another of Liverpool's attacking trio continues to look like a worthwhile strategy.

Lallana is certainly another option to consider as the Reds continue to benefit from a favourable schedule.

He ended a four-match run without returns against Watford and, at a more budget-friendly price, is second only to Coutinho in terms of points-per-million value in the Liverpool midfield.

Watford’s popular defender Jose Holebas (£4.8m) collected a fifth yellow card of the season and will serve a one-match ban for the Gameweek 12 home encounter against Leicester City.

Snapped up by more than 107,000 FPL managers in the previous Gameweek, the wing-back had produced 33 points in four fixtures prior to Sunday.

Holebas is ranked third for sales from defence since Saturday's deadline, yet the upcoming schedule may convince most of owners to hold.

From Gameweek 13 onwards, seven of Watford’s matches earn a score of two in the Fixture Difficulty Rankings (FDR).