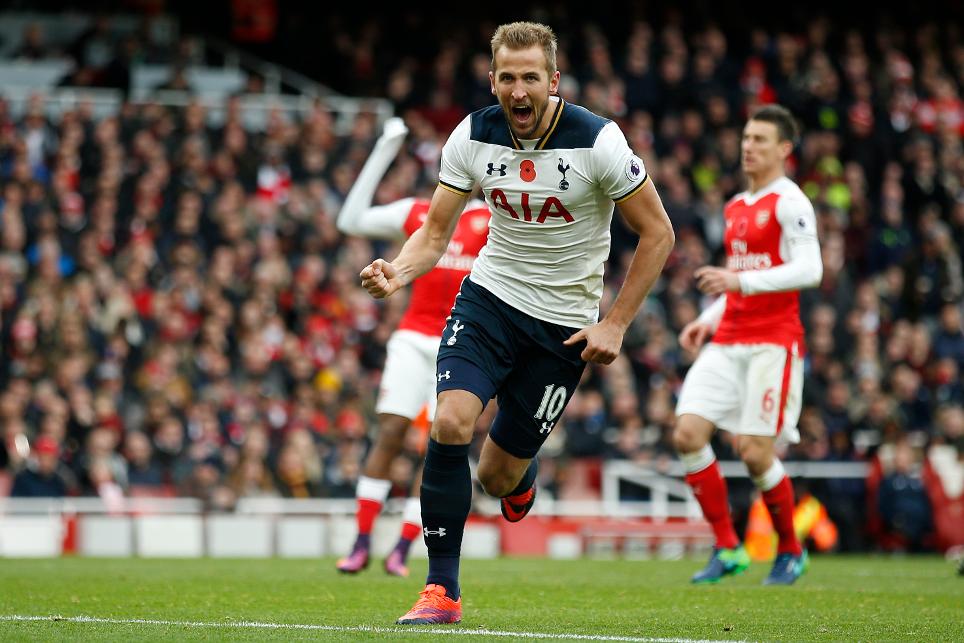 'We lost our rhythm after the penalty' External Link

Harry Kane scored from the spot on his return to the Tottenham Hotspur starting line-up to give his side a 1-1 draw in the north London derby, extending their unbeaten start to the Premier League season.

Arsenal, who would have gone top of the table with victory at Emirates Stadium, recovered after Kane headed Christian Eriksen's cross just wide to have the better of the opening half.

🗣 "It's two points lost. It was a game of high intensity where we looked like scoring. But we looked flat in the second half."#AFCvTHFC pic.twitter.com/XL1pbvcP1f

Alex Iwobi fired at Hugo Lloris when played in by Alexis Sanchez while Theo Walcott's powerful shot hit the woodwork before Kevin Wimmer headed into his own net from a Mesut Ozil free-kick just before half-time.

Spurs started the second half strongly and were level on 51 minutes when Kane, back in the side after recovering from injury, fired a penalty down the middle of the goal after Mousa Dembele was fouled in the area by Laurent Koscielny.

A look at the match stats from today's north London derby... #COYS pic.twitter.com/z5VSOX3cTp

Gunners goalkeeper Petr Cech saved well from Eriksen while the Spurs playmaker's free-kick bounced through a crowd of players before hitting the post but the visitors could not claim the winner as the sides shared the points.