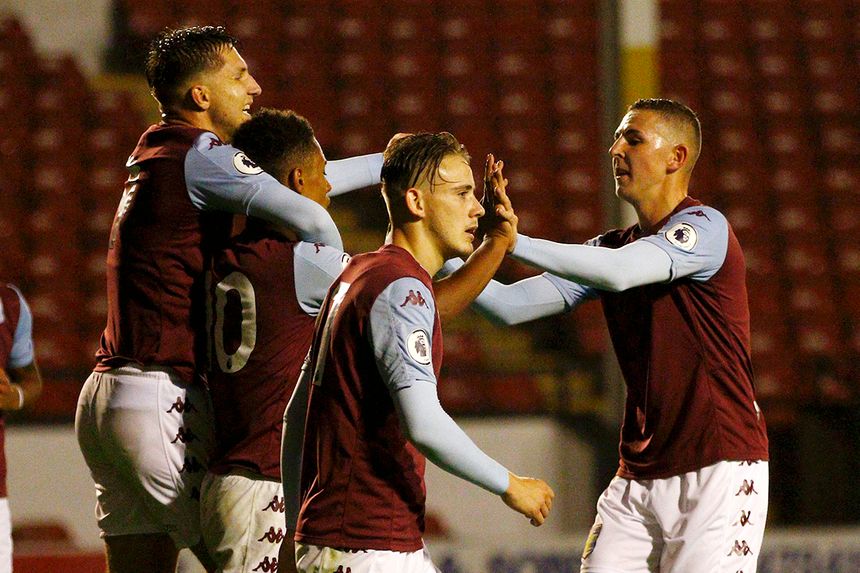 Villa's American 18-year-old Indiana Vassilev fired in a superb opener on 14 minutes at Banks's Stadium before Man Utd's Di Bernard was shown a red card for a foul on Tyreik Wright, who then converted from the penalty spot.

Seven minutes later, Ramsey made the score 3-0 and then struck his second shortly before half-time to give Villa a four-goal lead.

The visitors came out fighting after the break and were rewarded with a consolation from Aliou Badara Traore, who netted from distance.

A first loss leaves the Red Devils second in the table on 13 points, three points behind leaders West Ham United. Villa move up to seventh on eight points.