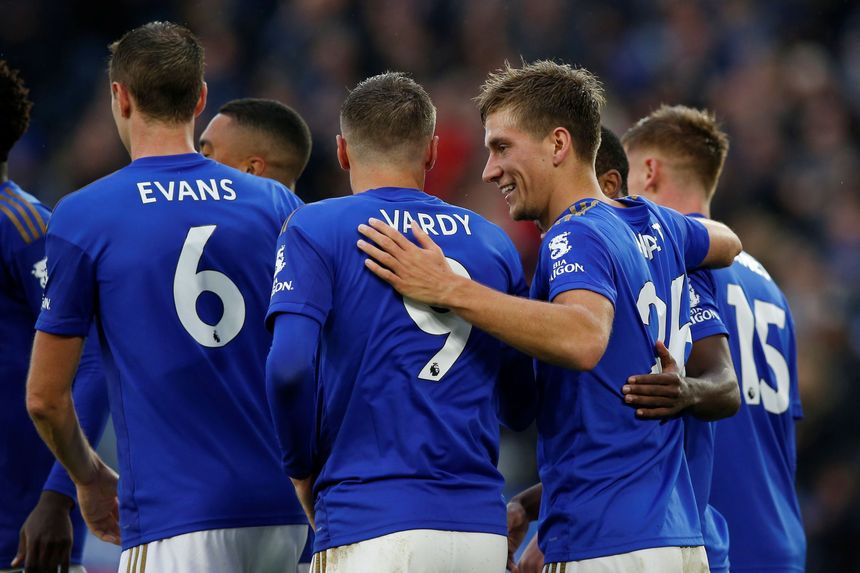 Jamie Vardy scored twice as Leicester City beat Newcastle United 5-0 to move up to third in the Premier League table.

Leicester took the lead after 16 minutes, with Ricardo Pereira surging forward before shooting superbly into the bottom left corner from the edge of the box.

Newcastle were reduced to 10 men just before half-time when Isaac Hayden was sent off for a dangerous challenge on Dennis Praet.

Jamie Vardy made it 2-0 on 54 minutes, beating Martin Dubravka at his near post with a powerful low shot.

Vardy scored his second on 64 minutes, heading in from substitute Marc Albrighton’s left-wing cross, before Wilfred Ndidi fired in the fifth in the 90th minute.