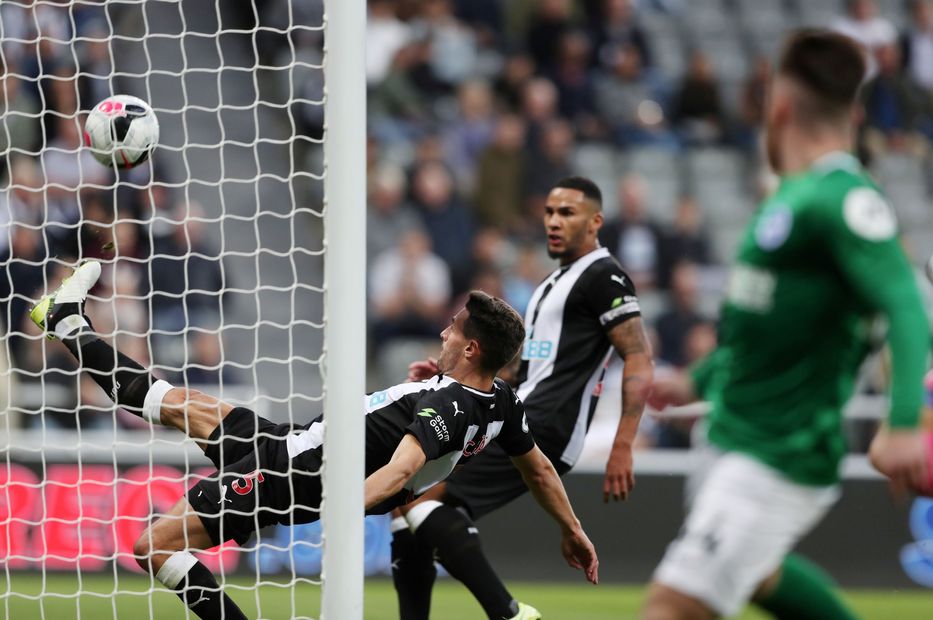 Owen: Brighton will be fine if they keep playing like that

Brighton's Neal Maupay forced an early save from Martin Dubravka before the Newcastle goalkeeper then had to push a Lewis Dunk header onto the crossbar.

At the other end, Newcastle playmaker Miguel Almiron could only manage to fire his effort straight at Mat Ryan after being played in by Joelinton.

Substitute Aaron Connolly thought he had scored his first Premier League goal on 74 minutes, but his flicked effort over Dubravka was brilliantly kept out by Schar.

Andy Carroll came on for his first Newcastle appearance since re-joining the club in the summer, but neither side could make the breakthrough.

Newcastle move up to 17th with five points, one point and two places below Brighton.