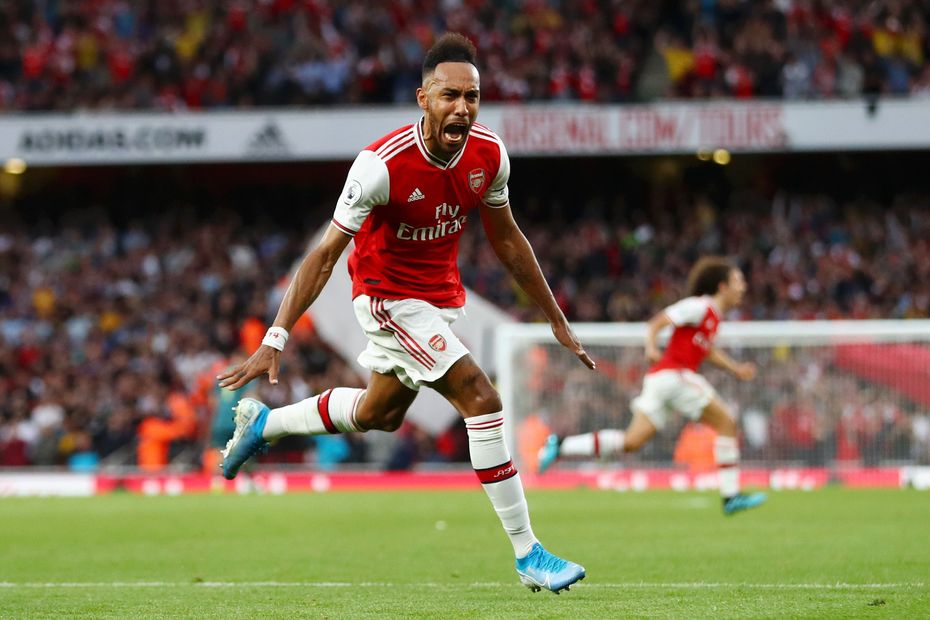 Pierre-Emerick Aubameyang scored a late winner as 10-man Arsenal twice came from behind to defeat Aston Villa at Emirates Stadium.

The match started brightly for Dean Smith's side as John McGinn fired the visitors ahead on 20 minutes while Arsenal's Ainsley Maitland-Niles was dismissed in the 41st minute for a second bookable offence.

However, Nicolas Pepe hauled the Gunners level from the penalty spot on 59 minutes, only for Wesley to put Villa 2-1 ahead 90 seconds later with a crisp finish.

But substitute Calum Chambers scored an 81st-minute equaliser before Aubameyang struck the decisive blow with a smart free-kick six minutes from time.

Arsenal move up to fourth place on 11 points while Aston Villa remain in 18th place on four.