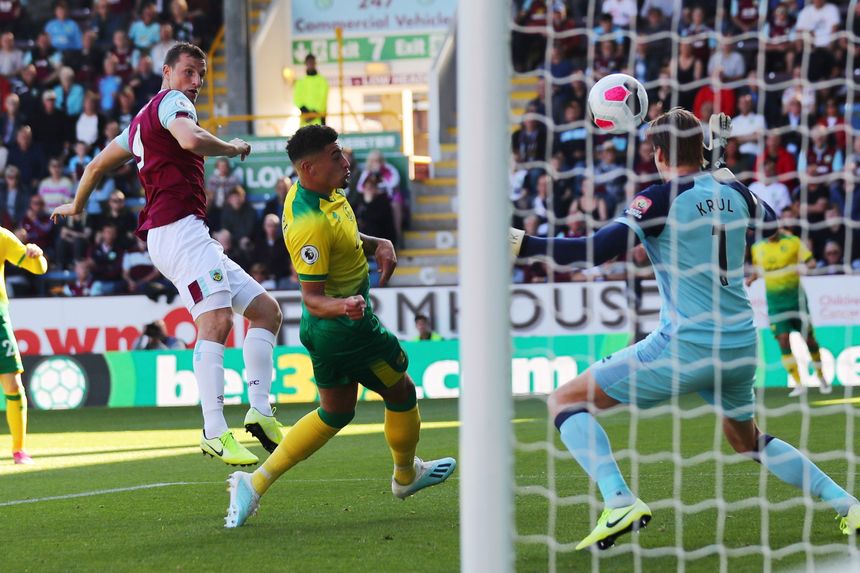 Chris Wood struck his first Premier League goals of the season to earn Burnley a 2-0 victory over Norwich City at Turf Moor.

The New Zealander gave Burnley a 10th-minute lead when he headed in Ashley Westwood's corner.

Wood doubled his tally four minutes later, getting ahead of Ben Godfrey to turn in a Dwight McNeil cross at the near post.

After the break, Wood could have claimed a hat-trick but shot straight at Tim Krul.

The win puts Burnley seventh on eight points, while Norwich drop to 16th with six points.