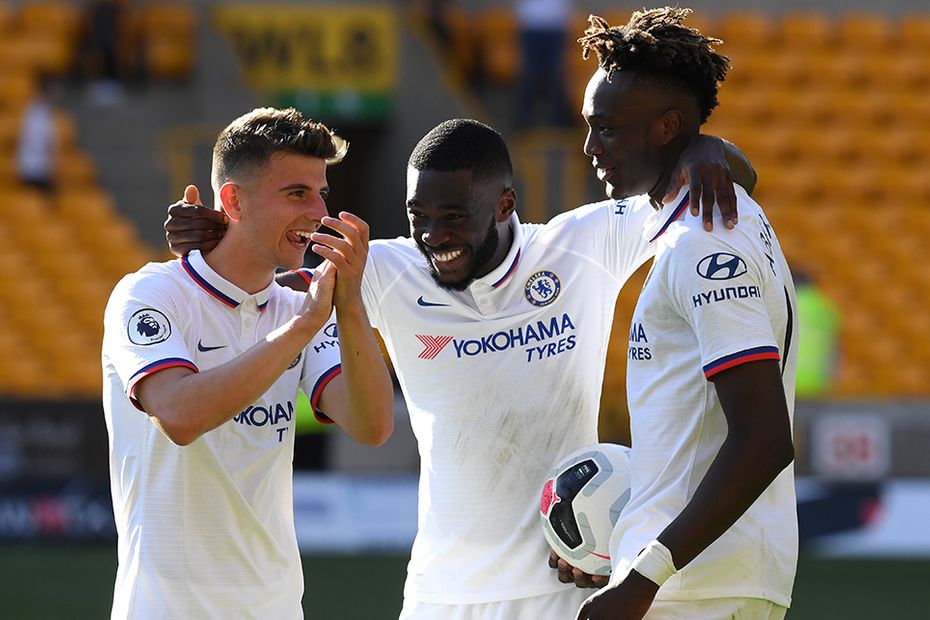 See key facts and figures from the fifth week of action as Mount, Tomori and Abraham emulate Blues stars of 27 years ago

Mount: Chelsea debut thanks to work of Academy

A trio of English players made their mark for Chelsea this weekend as the Blues claimed a 5-2 victory over Wolverhampton Wanderers on Saturday.

To find out more as well as the other leading stats from the weekend's other nine fixtures, read on.

Liverpool are the first team in top-flight history to win 14 consecutive matches while scoring more than once in each victory.

Burnley are unbeaten in their last seven Premier League matches on the south coast, winning four and drawing three.

Marcus Rashford has four Premier League goals against Leicester City, more than against any other opponent.

Southampton have won consecutive away Premier League matches for the first time since March 2017 under Claude Puel.

Son Heung-min has scored in all four of his Premier League home matches against Crystal Palace, with Tottenham Hotspur winning on each occasion.

In Mason Mount, Tammy Abraham and Fikayo Tomori, Chelsea have three English Premier League goalscorers aged 21 or younger in a single season for the first time since 1992/93 when Graham Stuart, Eddie Newton and Neil Shipperley were the scorers.

Emiliano Buendia is the first midfielder to assist four goals in his first five Premier League appearances since Eden Hazard in 2012.

Since August 2018, only Raheem Sterling (32) has been directly involved in more PL goals among English players than Callum Wilson (26 - 17 goals, nine assists).

Tom Cleverley scored his first home league goal for Watford since October 2017, which also came against Arsenal, 701 days ago.

Eight of the 41 Premier League meetings between Aston Villa and West Ham United have ended goalless, the highest proportion (19.5 per cent) of any fixture in the competition that has been played 30+ times.