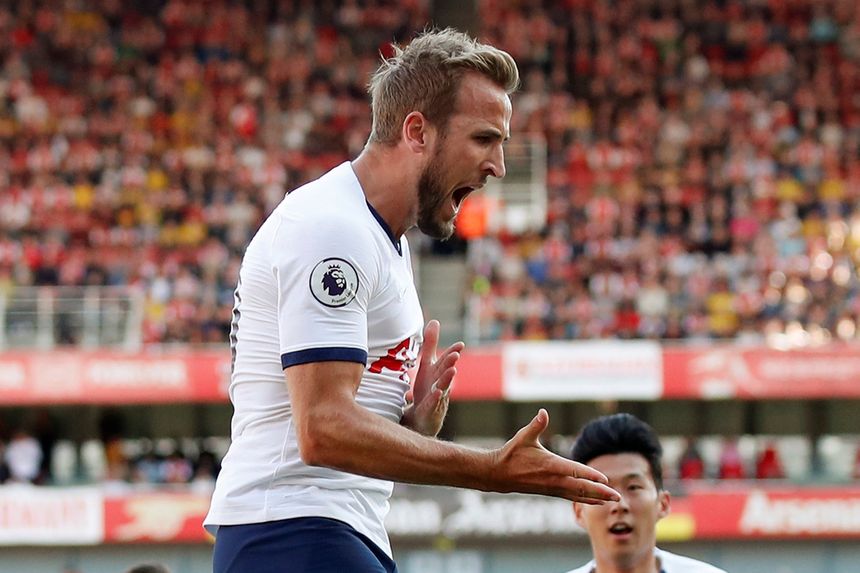 Harry Kane cemented his status as the king of north London derbies with a penalty in Tottenham Hotspur's 2-2 draw with Arsenal that also moved him level with a Gunners legend in goals in matches between London sides.

Kane was already the all-time leading Premier League scorer in this fixture and was again on target to take his tally into double figures, all from only 10 matches.

His goal took him two goals goal clear of Emmanuel Adebayor in the rankings and five ahead of Gareth Bale as Spurs' top scorer in this fixture in the Premier League.

It also drew him level with Adebayor and Bobby Smith as the joint-leading scorer in this fixture in all competitions.

Only Wayne Rooney has more goals against Arsenal in the Premier League but he did so from far more matches.

Rooney's 12 goals came from 29 encounters, while Robbie Fowler had 18 appearances against the Gunners in which to return the same 10 goals as Kane.

The Spurs striker loves facing teams from the capital. His penalty on Sunday was his 28th goal in London derbies and moved him level with Ian Wright to joint-fourth in the rankings for goals in such fixtures.

Kane has the chance to go ahead of the former Arsenal forward next Saturday, when Spurs host Crystal Palace.

Most goals in PL London derbies