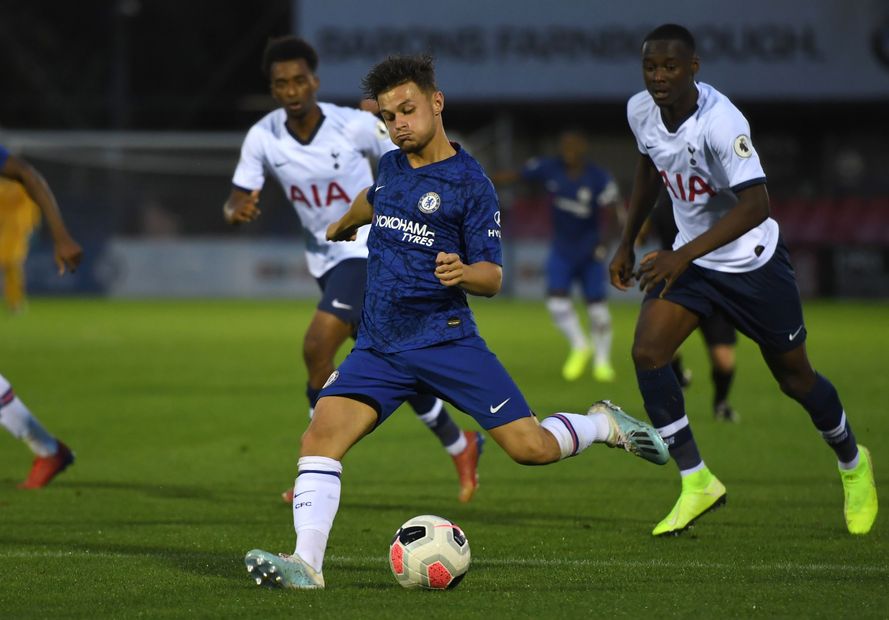 Tariq Lamptey equalised in the fifth minute of stoppage time as Chelsea fought back from two goals down for a second successive match to draw 2-2 with Tottenham Hotspur and stay top of Premier League 2 Division 1.

Phoenix Patterson had given visitors and third-placed Spurs the lead on 11 minutes and Harvey White made it 2-0 nine minutes later from the penalty spot.

Chelsea had first-team defender Antonio Rudiger playing and they were spurred on when Clinton Mola pulled one back with 19 minutes remaining with a fine run and finish.

And in the final seconds Mola set up Lamptey, who had conceded the earlier penalty, to make amends with a powerful left-footed strike to keep Chelsea unbeaten in 2019/20.

The Blues remain top on goal difference above Arsenal, who drew 2-2 at Derby County on a Friday when 42 goals hit the back of the net across nine fixtures in the competition.