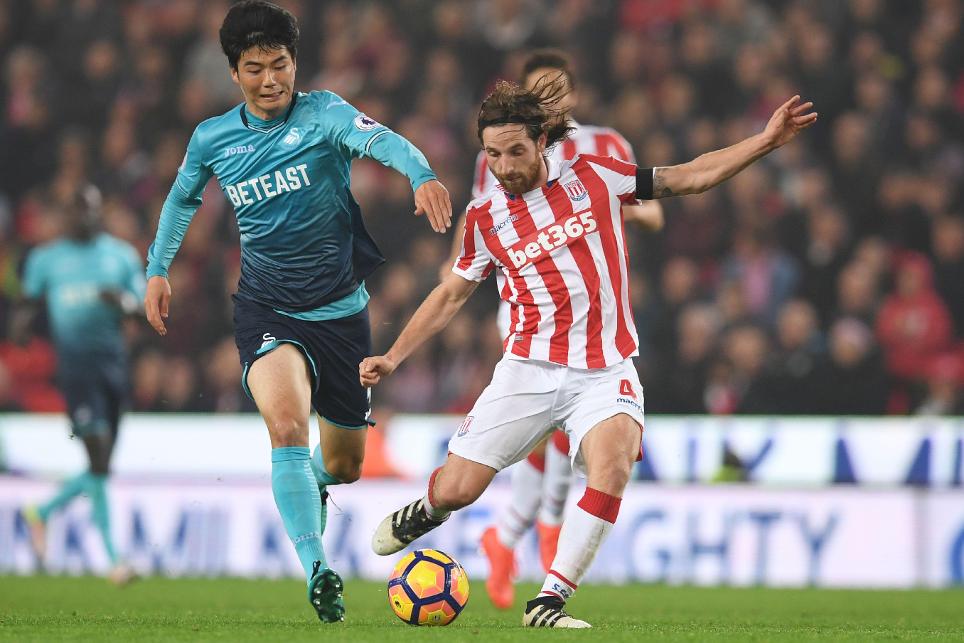 Stoke midfielder hit double figures for points again, but The Scout has caution over his GW11 potential

Allen was awarded two bonus points, with 43 in the BPS, courtesy of another convincing all-round display.

The Welshman provided two assists and supplemented this with four completed tackles and eight recoveries against his former club.

Scoring 27 in the BPS, the winger netted Swansea’s consolation goal, in addition to providing seven recoveries and two successful dribbles.

Bony and Allen finished first and third in the ICT Index thanks to tallies of 17.6 and 12.3 respectively.

Scoring for the first time this season, Bony fired five attempts on goal, of which four were inside the box, and scored with both his efforts on target.

Swansea’s Gylfi Sigurdsson (£7.2m) split the Stoke duo to take second spot in the ICT Index with a score of 16.1.

Transferred in by more than 138,000 FPL managers ahead of Gameweek 10, Allen’s 10-point return was his third double-figure haul in the last five rounds of fixtures.

Now found in 12% of squads, he continues to flourish as a No 10 and has climbed to sixth in the FPL midfield standings, rising in price overnight.

With trips to West Ham United and Watford, as well as home encounters against AFC Bournemouth and Burnley, to come in the next four Gameweeks, Allen's stock looks set to rise further.

However, there will be an even greater reliance on his creative spark for the Gameweek 11 meeting with West Ham United, with Stoke potentially missing both their influential wingers.

Marko Arnautovic (£7.2m) will collected his fifth yellow card and will serve a one-match ban.

The craft of Xherdan Shaqiri (£6.4m) could also be absent at London Stadium, after he limped off early in the first half.

Shaqiri had been brought in by more than 94,000 new owners ahead of his 25-minute appearance.

Jordi Amat (£4.1m) was benched once more, while the manager also omitted Stephen Kingsley (£4.1m) from his squad, having started the 22-year-old at left-back in Gameweek 9.

Bradley may have to shuffle his defence again after Kyle Naughton (£4.5m) was forced off. He is an early doubt ahead of the Gameweek 11 visit from Manchester United.

Leroy Fer’s (£5.2m) 9.5% FPL owners were relieved after he was reinstalled to Bradley’s first XI, although Sigurdsson remains their likeliest source of points.

He has scored or assisted in four of the last seven Gameweeks, yet sits in only 3.4% of FPL squads.