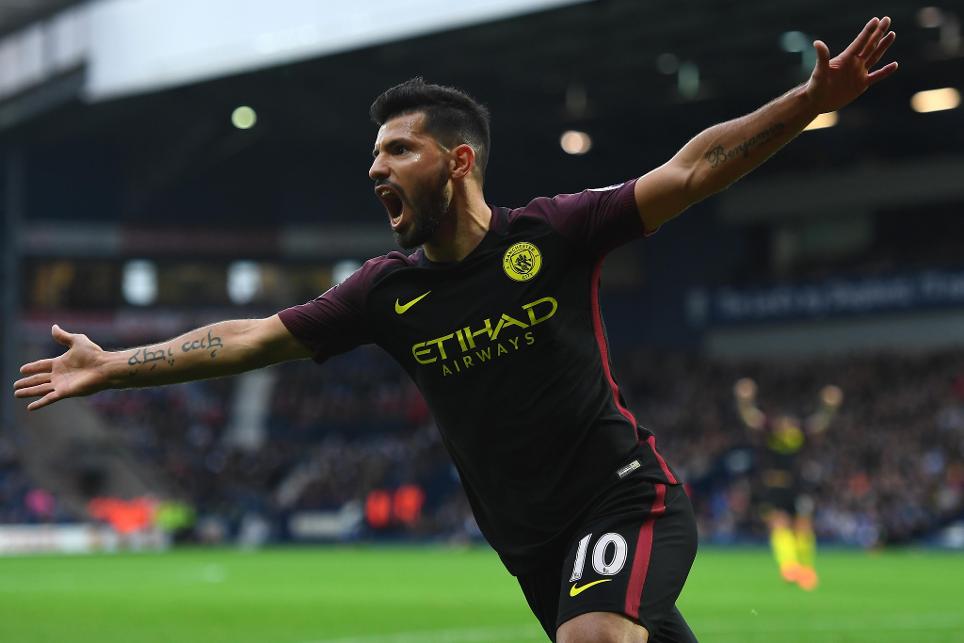 The striker collected a haul of 77 in the Bonus Points System (BPS), producing two goals and an assist.

Aguero also registered five attempts on goal and seven successful dribbles as he tormented the West Bromwich Albion defence throughout.

Ilkay Gundogan (£5.5m) scored 67 in the BPS to collect a pair of bonus points.

The City midfielder mirrored Aguero's two goals and assist, supplementing this with seven recoveries while completing 91% of 58 attempted passes.

John Stones (£5.0m) picked up a single bonus point, with 28 in the BPS. He helped City to their second clean sheet of the campaign - the first of his season - courtesy of eight clearances, blocks and interceptions (CBI), three recoveries and a successful tackle.

Stones also misplaced only one of 69 attempted passes.

Gundogan led the way in the ICT Index thanks to an impressive score of 21.5.

In addition to his two goals and assist, the German supplied four scoring opportunities for his team-mates and fired three attempts from inside the Baggies' box.

Aguero placed second with a Index tally of 18.5 - his highest of the campaign.

He also produced three efforts inside the box, created two scoring chances and made more successful passes in the final third (23) than any City player.

Stationed on the right flank, he contributed more touches (nine) and attempts on goal (four) inside the Baggies' penalty area than any other City player.

Aguero's return to form served a timely reminder of his captaincy credentials as City prepare to face Middlesbrough, Crystal Palace and Burnley over the next three Gameweeks.

The Argentinian was the fifth most transferred out player for Gameweek 10, with more than 96,000 Fantasy Premier League managers parting company after he had failed to score in six successive matches across all competitions.

Were you one of the 96,208 #FPL bosses who had a nightmare & transferred Aguero out this Gameweek?

Still the most popular player in FPL, Aguero resides in 43.5% of squads and has been transferred in by more managers (56,000+) than any forward since the weekend.

Emerging from the bench with 23 minutes remaining the Belgian still found time to supply an assist and has now produced attacking points in six of his nine appearances this season.

The Belgian had flourished in a support role behind Salomon Rondon (£6.6m), bagging four goals and two assists in his previous five appearances.

Chadli’s 5% FPL owners will be hoping he returns to a central berth ahead of home encounters against Burnley, Watford and Swansea City, plus a trip to Hull City.

With James McClean (£5.0m) now set to serve a one-match suspension after collecting his fifth yellow card of the season, Phillips could be in line for a quick return, although Jonathan Leko (£4.3m) will also press claims for a first start.