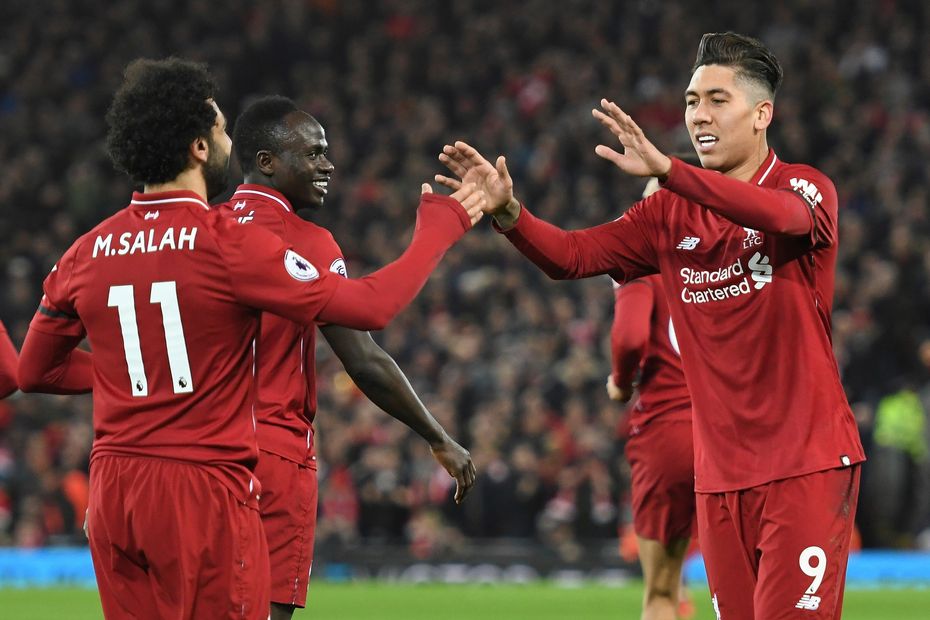 Mane, Firmino and Salah have never failed to score against Gunners at Anfield in the Premier League

The front three of Liverpool will be licking their lips at the prospect of facing Arsenal as they look to extend a remarkable record against Saturday's opponents.

Incredibly, Sadio Mane, Roberto Firmino and Mohamed Salah have all scored in every Anfield appearance against Arsenal in the Premier League.

And even more promisingly for Liverpool fans, none of the trio have lost a home meeting with the Gunners, a run that extends even to Mane and Salah's days at Southampton and Chelsea respectively.

In 12 collective home appearances against Arsenal, Mane, Firmino and Salah have combined for 14 goals and six assists.

With this track record and the fact that Liverpool are unbeaten in their last six home meetings with Arsenal, fans on Merseyside will be relishing the thought of another goalfest as their team look to end Matchweek 3 as the only team with a 100 per cent record.