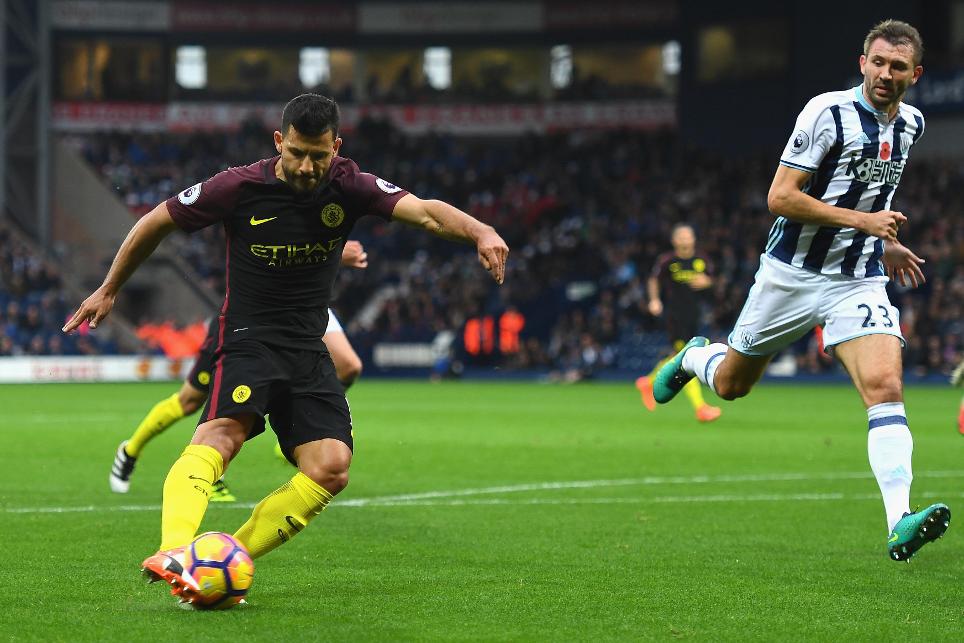 Sergio Aguero and Ilkay Gundogan both scored twice as Manchester City beat West Bromwich Albion 4-0 to return to the top of the Premier League.

City needed a three-goal win to return above Arsenal, who had gone top after a 4-1 win at Sunderland, and were 2-0 up within 28 minutes.

Aguero ended a three-match goalless run with the first on 19 minutes, scoring with a low drive from Gundogan’s pass, and doubled the lead nine minutes later with a superb shot.

West Brom, with Chris Brunt making his first Premier League start since February, could not respond.

Gundogan sealed the win with two late goals, the first from a clever Aguero pass and the other in stopapge time from substitute Kevin De Bruyne’s cross.

Stoke drop to 15th but could fall to 17th if Stoke City beat Swansea City on Monday and West Ham United avoid defeat at Everton tomorrow.