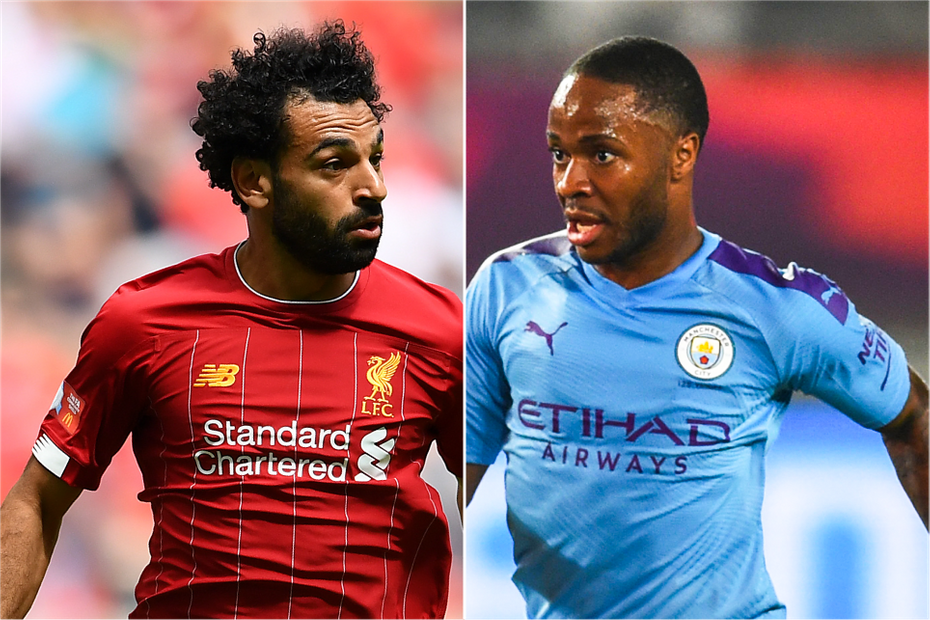 The two most popular midfielders in Fantasy Premier League will tussle for the Gameweek 1 captaincy.

Having finished as the top-scoring player in FPL in each of the last two seasons, Salah is expected to make his mark immediately at home against Norwich City.

The Liverpool winger scored 13 of his 22 goals at Anfield last season.

And his home total of 31 shots on target was more than any other player in FPL.

Ahead of our return to @premierleague action on Friday, enjoy EVERY @MoSalah goal from last season 😍 pic.twitter.com/WYI1UZPldQ

Raheem Sterling (£12.0m) is the second-most popular player among midfielders and forwards, and lies in 31.6 per cent of squads.

The Manchester City wide man has a fine record against his weekend hosts, West Ham United.

He has produced one goal and seven assists in his last three visits to the Hammers.

That includes a goal, two assists and 16 FPL points in the corresponding fixture last season.

He also scored twice as a second-half substitute against the Hammers in last month's Premier League Asia Trophy.

The appeal of both Salah and Sterling has been boosted by a lack of recent club action from their respective team-mates Sadio Mane (£11.5m) and Sergio Aguero (£12.0m).

Neither Mane nor Aguero took part in pre-season as they both had busy summers on international duty.

This suggests their minutes may well be managed at the weekend.

Harry Kane (£11.0m) can provide the main challenge to Salah and Sterling.

Kane has found form over the summer, scoring winners against Juventus and Real Madrid.

Holly Shand (@FFCommunity_): I can't look past Salah, and the Triple Captain chip is even worth considering here. A home game for the league's best player against a promoted side on the opening night is a mouthwatering prospect!

Ash (@FPLHints): Salah appears to be the go-to pick. But he failed to score against Man City in the Community Shield despite having at least half a dozen shots. Perhaps Pierre-Emerick Aubameyang (£11.0m), who is facing a Newcastle United team in transition, might make more sense.

Paul Gee (FPLPaulGee): I can only see Liverpool giving Norwich a thumping so I'm going with Salah. But we all know the first matches spring surprises. Could this be one?

Josh Landon (@hailcheaters): Going with anyone but Salah, who is at home, at night, kicking off the season against a promoted opponent, is overthinking it.

Sam Bonfield (@FPLFamily): I'll be giving Kane the armband, at home against Villa after a happy and restful summer where he got married. He has looked strong in pre-season and will be keen for his first goal at the new stadium.

Lee Bonfield (@FPLFamily): Sterling looked so dangerous in the Community Shield and I fancy West Ham to see their opening match as a bit of a free hit. They’ll come out and play their free-flowing attacking style, which will leave space in behind for Sterling and Co to do damage. That said, it's hard to look past Salah, who also looked sharp against Man City on Sunday.

Ben Crabtree (@FC_CrabDogg): Sterling is tempting but as a Kane owner I can't overlook the Spurs man, at home against Villa. Buying too many players always fails and Villa could pay a heavy price for that at Spurs.

Mark McGettigan (@FPLGeneral): Sterling and Kane are viable options but I'm not looking past Salah.

Neal Thurman (@nealjthurman): Salah is the easy choice at home against Norwich, with Trent Alexander-Arnold (£7.0m) as deputy.

Ben McNair (@drbenmcnair): Liverpool's second half in the Community Shield allayed some of my concerns about their readiness for Gameweek 1. Salah looked hungry and played the full 90 minutes. He is my captain against a promoted team whose pre-season has been disrupted by injuries to key defenders.