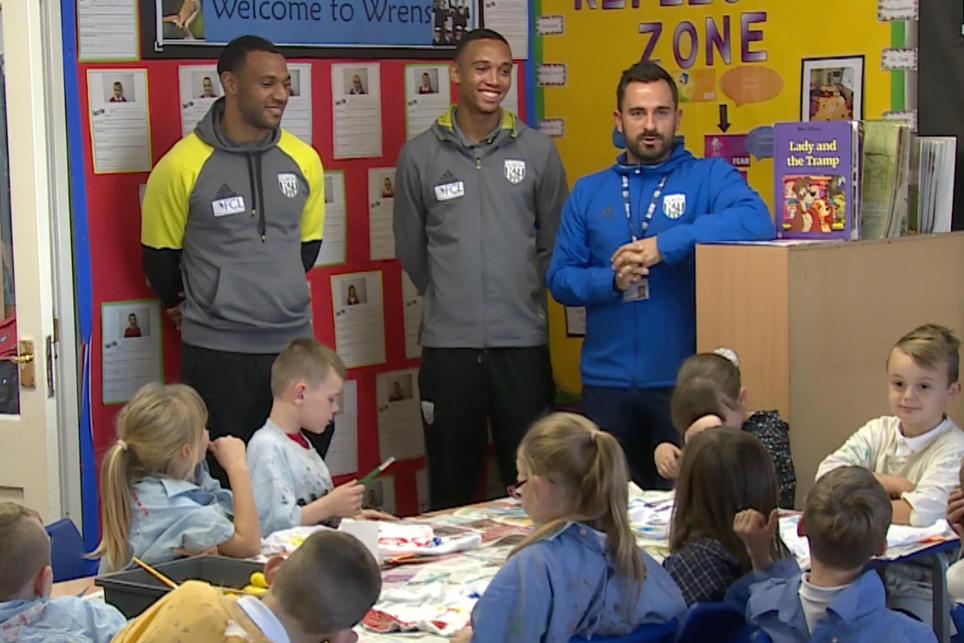 Matt Phillips and Brendan Galloway went back to school recently as The Albion Foundation helped local children learn about diversity.

"It's good for them to learn at a young age that everyone is equal and any games and sports that they are joining in with, everyone should be as one," Phillips told wba.co.uk.

The visit came during Black History Month and Zimbabwe-born Galloway also talked about his experiences of growing up in Harare.

"Passing on advice as role models is really important," Galloway said. "Hopefully they will learn some stuff but the facts they have come up with tells you that they know a lot."

West Brom's British Values course, part of the club's Premier League Primary Stars programme, acts as a vehicle for learning for the students to test and explore their perceptions of racism, equality and diversity through workshops and interactive games.

The programme runs in three schools but the club hope to extended it to up to 12 schools by the summer.

The visit of Phillips and Galloway was part of The Albion Foundation's recent Player Community Day, where first-team players visited a number of schools in the local area.