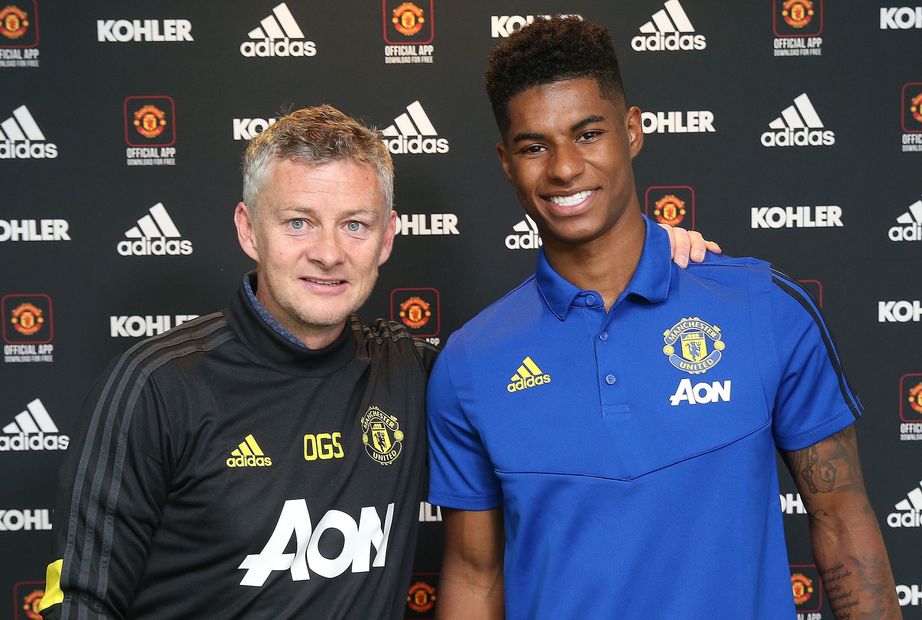 The 21-year-old has agreed a new deal until June 2023, with the option for an additional year.

It extends Rashford's relationship with the club he joined at the age of seven.

"Marcus is one of the most talented English players of his generation," Solskjaer told the club's official website.

"Marcus is a shining example of the talent that our Academy produces and his upbringing means that he truly understands what it means to play for Manchester United."

Manchester is my home. United is my team. Proud to have signed a new contract at the club ⚽📝 #MUFC pic.twitter.com/3Xr5OInDhl

Rashford has become a first-team regular since making his Premier League debut against Arsenal in February 2016, making a total of 111 top-flight appearances while claiming 27 goals and 14 assists.

And with 45 goals and 21 assists in all competitions, Rashford, who was born only five miles from Old Trafford, has been directly involved in more goals since his debut than any other Man Utd player.

"This club has shaped me, both as a player and as a person, so it is such a privilege every time I get the opportunity to wear the shirt," said Rashford.

"I will be giving everything I have to help get this club back to where it belongs and deliver the success that our fans deserve."