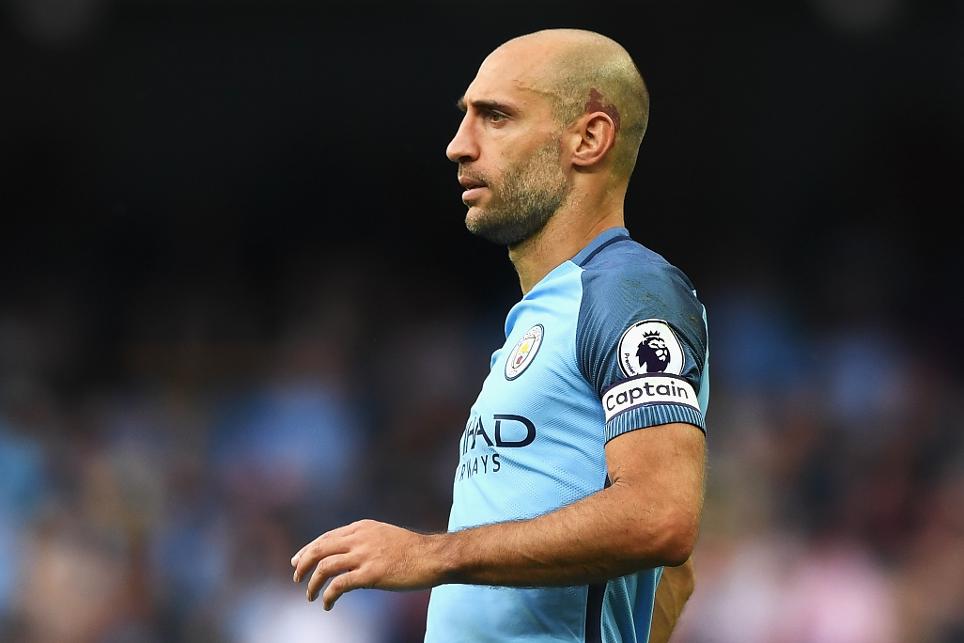 Manchester City and Southampton both face the prospect of being without their first-choice full-backs at the Etihad Stadium on Sunday.

Pablo Zabaleta has been ruled out with a foot injury sustained against Barcelona in midweek, leaving Manchester City with a selection headache in defence due to the absence of fellow right-back Bacary Sagna (hamstring).

However, Vincent Kompany returns to captain his side at the heart off the City defence.

Zabaleta ruled out of Saints clash plus Guardiola's verdict on Barca, Kompany and Aguero

For the Saints, not only will Shane Long (hamstring) be absent, but Claude Puel is also sweating over the fitness of three of his four senior full-backs.

"Long will be out with his hamstring injury and perhaps also Ryan Bertrand and Matt Targett, but we will see this today as well as Cedric [Soares]," Puel told southamptonfc.com.

"It's difficult and it's a problem with all these games for [Sam] McQueen, who is a young player, and [Cuco] Martina to play all the time."

Southampton have lost their last five league visits to Man City, last winning an away match in the competition against Sunday's opponents in April 2004.

But the visitors will be buoyed by their strong form in 2016, having collected 51 points in the calendar year to date, two more than City.